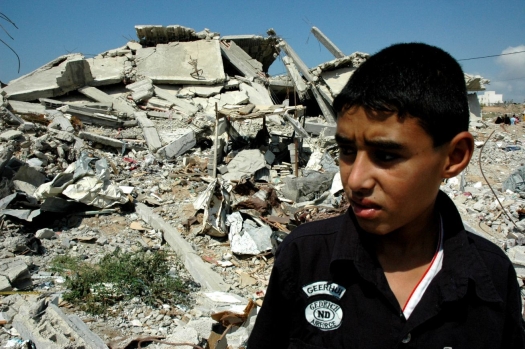 Those who really want construction materials in the quantities required for building tunnels will manage to get them. Photo: Karl Schembri

Since the start of Operation Protective Edge, many people have asked us if we still believe that restrictions on the entrance of construction materials to Gaza should be lifted. Since the answer to this question is yes and since it is not obvious why to many people, we attempt here to share the answers to your questions and arguments on the subject:

Do you still strongly object to restrictions on the transfer of construction materials into the Gaza Strip?
Absolutely, more than ever.

Israel’s interest is to not have construction materials enter the Gaza Strip, so that tunnels cannot be built.
This is not accurate. One of Israel’s primary interests is to safeguard the security of its citizens. Doing so requires more than just thwarting tunnels, it requires seeking intelligent solutions to complex problems.

Meaning what?
Let’s look at the history. It’s possible to identify three phases of Israel’s restrictions on entrance of construction materials to Gaza.

December 30, 2012 – October 13, 2013. Following Operation Pillar of Defense, Israel lifts some restrictions on entrance of construction materials for Gaza’s private sector. The security establishment initially allows a quota of 20 truckloads of gravel to enter Gaza per day. In September, the quota is increased to 70 trucks per day, including the other banned items, cement and steel. International organizations are still required to undergo the same complex approvals process, and during most of this period, construction materials keep coming in through the Gaza-Egypt tunnels.

To be clear about this: In the years between 2007 and the start of Operation Protective Edge, Hamas had no need for the miniscule quantities of construction materials that entered through Israel. The restrictions that Israel imposed did not stop the tunnels, but they did make it very difficult for aid organizations to build schools, clinics and water wells. We have said this before and the ministry of defense probably knew it too.

We don’t know if Hamas used all, some or just a little of its construction materials to build tunnels, but the fact remains that the restrictions did not stop the tunnels from being built and that they harmed Gaza’s residents.

But wait a second, the restrictions might be effective now. The Gaza-Egypt tunnels are no longer active and maybe now, the Egyptians will refuse to allow construction materials into Gaza.
Maybe, though it’s more likely that they won’t be, because those who really want construction materials in the quantities required for building tunnels will manage to get them (for instance, the wreckage left in Gaza Strip after the fighting can be recycled for the crude kind of building required for tunnels). The restrictions are not just ineffective in terms of security, they’ve also cost thousands of jobs (on the eve of the military operation, Gaza’s unemployment rate was 45%).  Now, with more than 9,000 buildings destroyed and with schools, clinics, hospitals, the power station, water and sewage infrastructure having to be rebuilt, the impact of ongoing restrictions will be even worse. It’s not just about a paralyzed economy, inoperative infrastructure and housing deficits anymore, it’s about preventing a humanitarian disaster.

So what do you propose?
According to media reports, the Israeli Ministry of Defense made huge investments into finding solutions to the tunnel issue and claims some might be implemented in the near future. The harsh truth is that there is no foolproof solution, or, as the minister of defense recently put it: “There’s no 100% guarantee”. There’s an element of risk in every decision, whether it’s deciding between launching a military operation, showing restraint, or letting construction materials in to Gaza. The question is how risky it is, whether the risk can be mitigated and also what would the risk would be in denying Gaza construction materials totally or partially.

But let’s backtrack for a minute. We mentioned earlier that Israel’s interest is to protect the security of its citizens. It looks like denying Gaza construction materials won’t really hamper the ability to build new tunnels, but definitely will harm a population that desperately needs construction materials. Could this decision help foster stability in the region? At best, the answer to this question is open for debate.

Every policy decision involves risk, and risks must be weighed against benefits and sometimes against other risks as well. This is true of the decision to go to battle, the horrifying results of which are being painfully felt by residents of the entire region. It is also the case in budgeting decisions or when searching for what might bring immediate, short-term and long-term stability. The tunnels obviously present security officials with a complex challenge, but it’s time to face this challenge using smarter tools, rather than just a disproportionate and ineffective knee-jerk reaction. Just like fuel, electricity and water, construction materials are not a luxury.