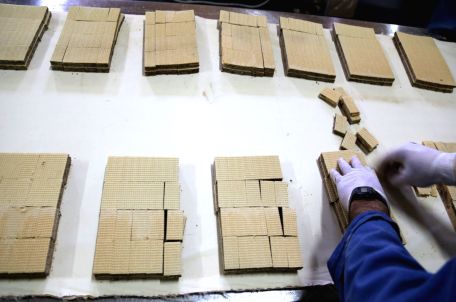 May 16, 2019. Yesterday, Israel’s High Court held a hearing on Gisha’s petition to remove the ban on exit of processed foods from Gaza for sale outside the Strip. The petition was submitted on behalf of the owners of Sarayo Al Wadia, a company in Gaza producing cookies, snacks and candy, to demand that Israel enable them to sell their products in the West Bank and abroad.

At the hearing, the court declined to conduct a principled discussion on Israel’s refusal to allow Gaza companies like Sarayo Al Wadia to market their products outside the Strip. Instead, the court advised the petitioners to erase the petition, and directed them to submit another application to coordinate the exit of their goods from Gaza, despite the fact that they have already submitted multiple applications throughout the years.

The state had presented its refusal to allow the company access to markets outside the Strip as simply a hiccup, a “procedural glitch.” This is not the case. Rather, Israel has deliberately kept residents of Gaza in survival mode as a matter of policy. It ostensibly allows for what it deems to be “humanitarian access” while stymieing the efforts made by entrepreneurs, manufacturers and businesspeople in Gaza to expand their businesses beyond the local market, where unemployment has reached over 50%.

The owners of Sarayo Al Wadia hope to resume selling their products outside Gaza, and particularly in the West Bank, which was among their most important markets before Israel tightened the closure on Gaza in June 2007 and stopped all exit of goods from the Strip. The company currently employs more than 100 part-time staff, only working at 30% of its capacity. If Israel were to lift its ban on exit of food products, the company could grow and contribute to jumpstarting Gaza’s ailing economy.

Beginning in late 2014, and predicated on the recognition that economic development in Gaza serves Israel’s interests, Israel began easing some of its restrictions on exit of goods from the Strip. But the de facto ban on exit of processed foods has remained inexplicably in place.

Israel can and must remove the ban and enable Gaza entrepreneurs and businesspeople to market their goods in Israel, the West Bank, and abroad. Another application to be submitted soon by Sarayo Al Wadia will be its next chance to finally do so.