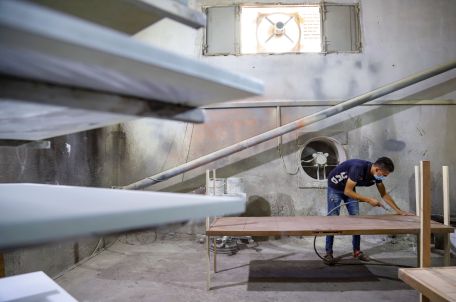 September 4, 2019. Gaza’s unemployment rate rose 0.4% from the first to the second quarter of 2019, and now stands at 46.7%. As of Q1 of 2019, the Palestinian Central Bureau of Statistics changed its method of calculating unemployment figures, following the recommendations of the International Conference of Labour Statisticians and in cooperation with the International Labour Organization. The implementation of these recommendations led to the removal of those who had despaired of looking for work as a result of Gaza’s lack of employment opportunities, reflected as an apparent drop in the unemployment rate.

The rate of participation in the workforce in Gaza in the 15 and over age bracket was 40.5% in the second quarter – an increase of 1,400 participants.

The unemployment gap between Gaza and the West Bank remains significant, and has, in fact, grown: 46.7% in Gaza, compared to 15% in the West Bank – a 1.4% increase in the gap compared to the first quarter of 2019.

The numbers of jobs in the agriculture and fishing sector decreased by 16% compared to the previous quarter. This figure reflects a drop from 10,810 jobs in the first quarter of 2019 to 9,007 in the second quarter.

About 37% of people employed in Gaza work in the public sector, in other words for the Palestinian Authority or the Hamas-run government in the Gaza Strip. These employees receive partial salaries, however, average daily earnings in the public sector are 94.5 ILS (about 27 USD) compared to 34 ILS (about 9.60 USD) on average in the private sector.