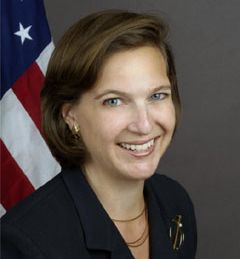 The Associated Press reported yesterday that the United States had canceled A-PLUS scholarships to Palestinians students from Gaza who had hoped to study at West Bank universities. In a State Department press briefing yesterday, Spokesperson Victoria Nuland denied that the scholarships were cancelled and instead insinuated that they had never been officially granted after the State Department was informed by Israel that "no new permits" would be issued for students.