Itidal Al Sheikh (54) is a mother of nine. She and her husband Jaber (55), and their five sons, all work in fishing. Their four daughters, all university graduates, are unemployed, like most young, university-educated people in Gaza. The family lives near the sea, in the Al Sawahra neighborhood, one of Gaza’s poorest. They own a small boat, which they have depended on to make a living for more than thirty years. Some of the sons work with their father on the boat. The older siblings dive to fish. 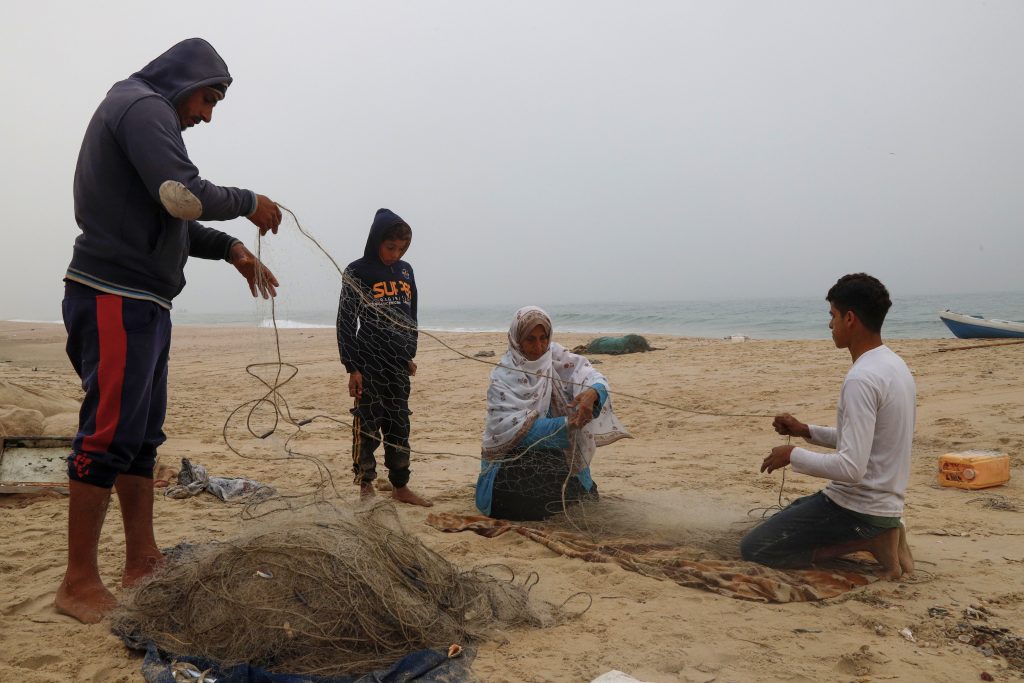 Every morning at dawn, Itidal heads to the port with her husband and sons. First, they remove the catch from the nets left out overnight, and recast them. Then the men go out to sea. Every day for the past thirty years, Itidal has sat in the same spot at the port, waiting for her family to return to shore. When they return, she helps unload the fishing equipment from the boat, extract the catch from the nets and prepare the nets for use the next day. “No one can pull out live crab like me,” she says, smiling. Then, she goes to market to sell the day’s catch. “A woman’s place is in the public space,” says Itidal. “I’m not the only woman working in Gaza; many women here stand on their own two feet, despite the harsh conditions.”

Itidal’s eldest son, Muhannad (32), a married father of four, has worked in fishing since he was a child. Most young people can’t find work, he says, so he decided not to go to university or look for work in other fields. His brother, Mohammed (28), says that if other work came along, or if he could get backing for a business venture, he would quit fishing. “It’s a hard and dangerous job,” Muhannad acknowledges. 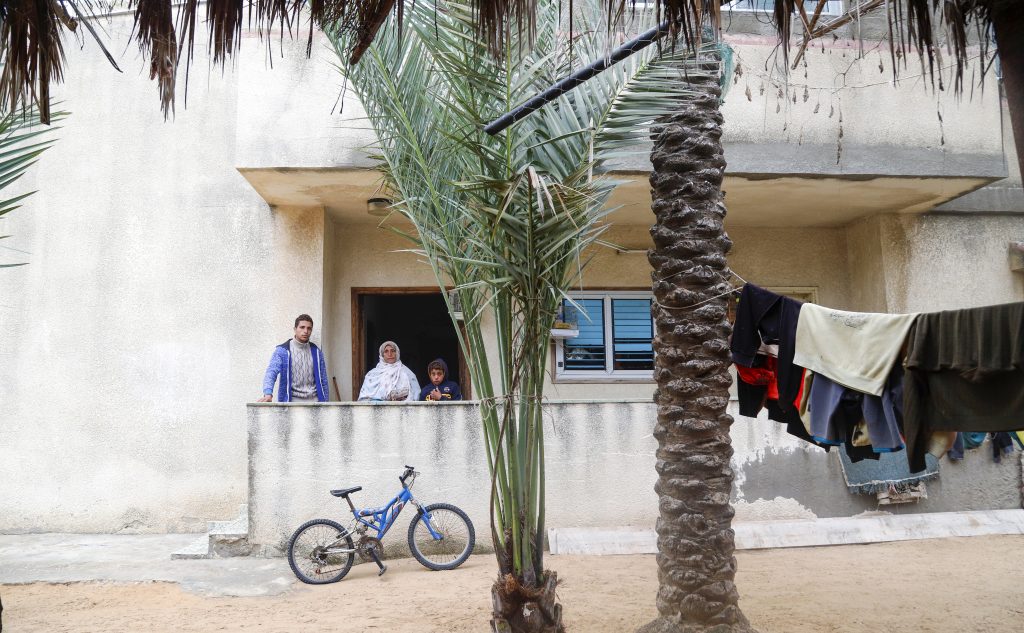 The Al Sheikh family at the entrance to their home. Photo by Asmaa Elkhaldi

The family’s fishing boat is old and small. It can’t be taken out to sea in high winds or when the sea is rough. “If we had a motor boat,” explains the third son, Muflah (26), “we’d be able to set out to sea almost every day and sail farther than the three or four nautical miles we reach today. It would be a significant difference in terms of the types and quantity of fish we catch.” Mohammed explains that they are also limited by the types of nets they can access, which are only suitable for sardines and crab.

The entire Al Sheikh family lives off of the day’s catch. On the morning they met with Gisha’s field coordinator in Gaza, for instance, they were only able to catch crab, barely covering the cost of food for the day. This was their grocery money for the day. “You can’t ever plan for tomorrow,” Muhannad says. If Israel decides to limit access to Gaza’s sea space or forbid fishermen from going out to sea, the family goes without food, unable to buy basic commodities for days at a time. In 2020 alone, Israel blocked all access to the sea twice as collective punishment, on February 24 for two days, and on August 16 for 16 days. 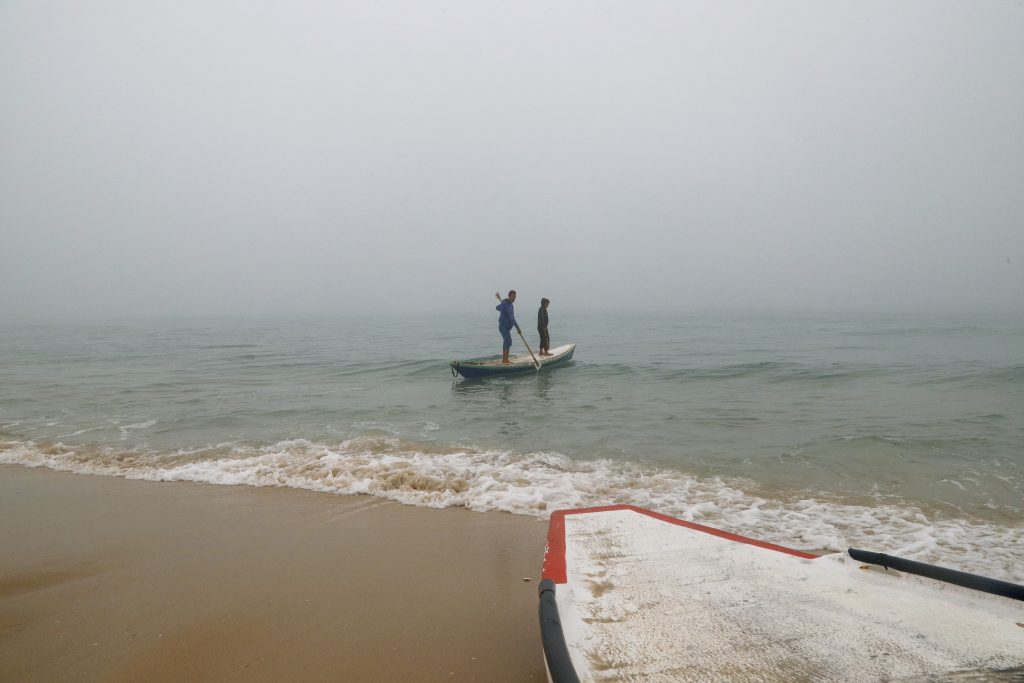 Muhannad and Mohammed at sea in Gaza. Photo by Asmaa Elkhaldi

Muhannad and Mohammed dive to fish. They describe the difficulties caused by the shortage of scuba gear, wetsuits, and swimming fins. “Our gear is old,” explains Mohammed, “and what is available on the market here is especially expensive given Israel’s restrictions on entry of scuba gear to the Strip.” The sons’ wetsuits have been mended several times with plastic and other makeshift fixes. “If we could get more diving wear,” he says, “my brothers could dive with us too, and then we’d be able to catch more, naturally.” Their uncle is also a fisherman, but his boat is in need of repair. Fiberglass, a substance necessary for repairing damaged boats, is defined by Israel as “dual-use,” and is therefore hardly ever allowed into Gaza. With his boat out of commission, the uncle uses their small boat to support his family as well. 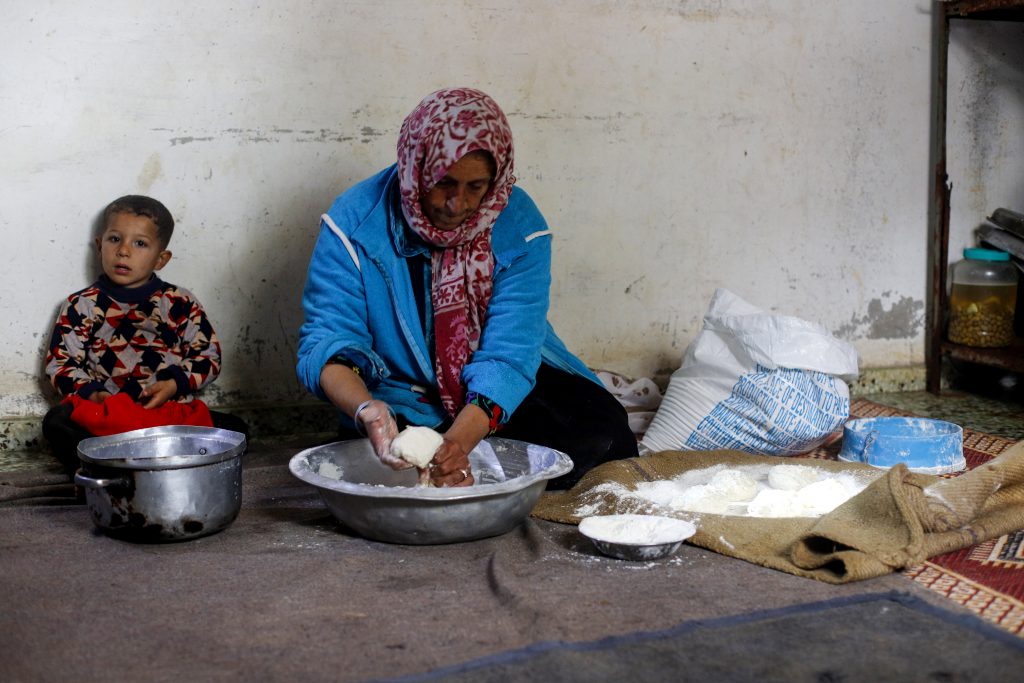 Despite the daily hardship, Itidal Al Sheikh says she wakes up every morning proud of herself and of her family. “My children enjoy the fact that I share in the work, and I value their trust in me.” She is grateful for the income they generate, as unstable as it is, conscious that this is more than what countless families in Gaza have. 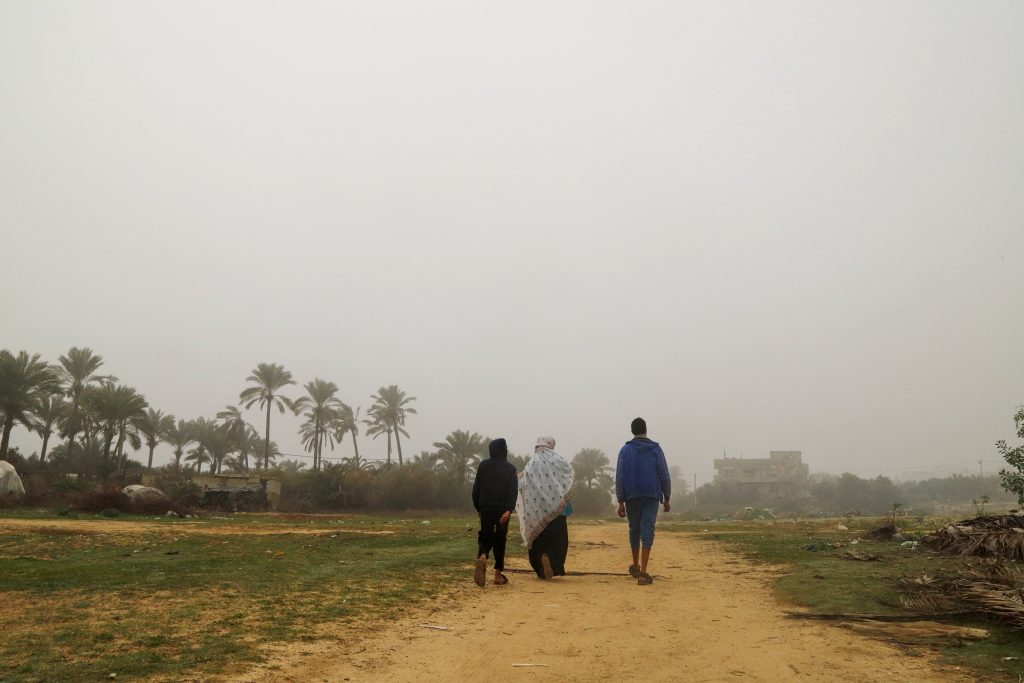 The way back home. Photo by Asmaa Elkhaldi