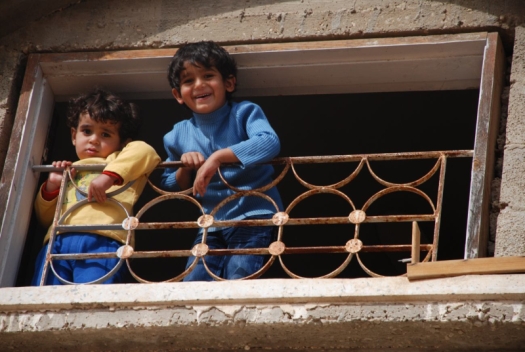 Movement is the exception, not the rule. Photo: Karl Schembri

A new convoy or flotilla of ships sailing to Gaza, the fifth since the Israeli navy intercepted the Turkish-flagged Mavi Marmara in 2010, is causing a bit of stir among local politicians and media.  Since 2010, some elements of the closure Israel imposes on the Gaza Strip have changed. Israel now allows many civilian goods to enter Gaza, including limited, controlled amounts of construction materials. However, blanket restrictions on movement between the West Bank and the Gaza Strip remain. The separation between the two parts of the Palestinian territory and the forced split between residents living in the two areas because of that separation have serious implications that a flotilla cannot resolve.

Even after Israel began allowing some limited sale of Gaza-made and -produced goods in the West Bank and lifted some of the restrictions on travel between the West Bank and the Gaza Strip, the general rule guiding its actions is still separation between the two parts of the territory. Movement is the exception, not the rule. Though Israel clearly faces challenges in terms of security, there is no justification for such sweeping restrictions. It is not clear, for example, why during the holy month of Ramadan, Israel decided to allow limited family visits between the Gaza Strip and the West Bank, while prior to Ramadan, a Gaza resident who wanted to visit relatives had to wait for a first-degree relative’s wedding, funeral, or serious illness. In the same vein, it is not clear why a person can travel to the West Bank for a short-term training program, but cannot go there to study at a university.

In 2010, Israeli officials began referring to this policy as “the separation policy”. Israel claims that it has no obligation to allow movement between Gaza and the West Bank based on the contention that, after its withdrawal from Gaza in 2005, the law of occupation no longer applies to its relationship with the Strip. Israel also claims to have no obligations toward Gaza residents under human rights law. In a new legal position paper, Adv. Eitan Diamond, Gisha’s executive director, and Adv. Sari Bashi, Diamond’s predecessor and co-founder of Gisha, review this policy and examine whether it complies with international law. Their conclusion is that the policy violates the rights of Palestinians both as individuals and as a people and that it breaches Israel’s obligations.

It is important to note that the policy is still in effect. Though Israel has made a decision to reverse some restrictions after Operation Protective Edge, the vast majority are still in force and have an acute impact on the lives of Palestinians in Gaza, the West Bank and Israel. In theory, for example, some goods may now be marketed between Gaza, Israel and the West Bank, but the restrictions that remain in place impair reliable, profitable trade; and while Israel is allowing some more people to travel between Gaza and the West Bank, the number of Palestinians who can travel remains just a fraction of demand.

In recent years, Israel has been implementing different models of control over the different parts of the Palestinian territory. East Jerusalem is regarded by Israel as sovereign territory through and through. In the West Bank, control is exercised through military presence on the ground and outsourcing in Areas A and B. In Gaza, Israel maintains significant elements of control, including sea, air and land access. The legal status of Palestinians depends on the address listed in their identification cards, which is not always reflective of where they actually live, as Israel controls registration.

Some of the effects of the separation policy are hidden from view and impossible to quantify. Some are long-term and may hinder the realization of the right to self-determination in the two parts of the Palestinian territory.  In 2000, for example, Israel forbade students from Gaza to study medicine at al-Quds University in Abu Dis, in the West Bank. Four years later, the Islamic University of Gaza opened its own medical program, with different standards than those practiced in the West Bank. One decision created an ongoing divide within the Palestinian health system, well before Israel “left” the Gaza Strip. The same is true for the ban on exit of Gaza-made and -produced goods in the West Bank. When some exceptions were made to the ban in 2014, Palestinian traders discovered they had to re-acquaint themselves with the markets in the West Bank and that old business ties had disappeared.

Since the end of Operation Protective Edge, and in a welcome move, Israel has reversed some of the restrictions on civilian travel between the Gaza Strip and the West Bank, though much more remains to be done. Israel does have an obligation to keep its own citizens safe and secure, but this obligation is not at odds with its obligation to ensure normal life in the Palestinian territory, as top security officials themselves have recently noted. More can and must be done for the sake of all residents of the region.

To read the full position paper »