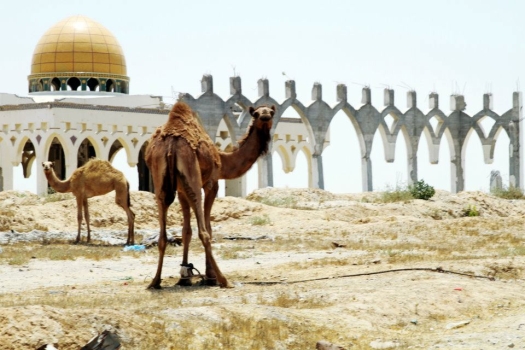 We aren’t alone. A new report by the International Committee of the Red Cross (ICRC), which deals with the challenges posed by modern armed conflicts around the world, indicates that the organization has adopted the “functional approach” to the question of occupation. This position is particularly relevant to the status of the Gaza Strip as occupied territory and it conforms with Gisha’s position, as well as that of many important figures and organizations in Israel and abroad.

The functional approach, developed by Prof. Aeyal Gross (a member of Gisha’s board) and subsequently adopted by many, looks at the situation that is created when a country withdraws its armed forces from the territory it has held under occupation, but continues to control the territory and its residents in various spheres. According to this approach, the country continues to bear responsibilities in the spheres in which it continues to exercise control.

In other words, in the spheres in which Israel continues to exert control over the lives of Palestinian residents in the Gaza Strip, the laws of occupation continue to apply even when other entities (for example the Hamas regime) exercise control in other spheres. This is not to say that only Israel has obligations toward Gaza’s residents. Hamas, the Palestinian Authority and international organizations also have certain duties. Like Israel, they have different degrees of responsibility to see to the welfare of Gaza’s civilian population and uphold the provisions of international law. We have explained these issues at length in the past, and our analysis can be found here.

What spheres does Israel continue to control?

Israel maintains control over the movement of people and goods into and out of the Gaza Strip. It controls Gaza’s territorial waters and air space. It controls the Palestinian population registry, and with it the issuance of identity documentation and permits. It controls Gaza’s customs and taxation system. It controls a strip of land running inside the Strip along the border with Israel which is referred to as the “buffer zone”. It controls central aspects of civilian infrastructure such as the supply of electricity, water and telecommunications, and it controls Gaza’s connection to the West Bank where permanent Israeli military presence continues.

The Gaza Strip is in a rather unique situation. After decades of continuous Israeli presence, both military and civilian, the Israeli government decided to unilaterally “disengage”, thereby relinquishing some powers and some aspects of rule over the Gaza Strip. But as the long list above indicates, it maintains control over many spheres that in turn influence almost every single aspect of the daily lives of Gaza’s residents.

International law contains norms that draw a connection between the exercise of power and the responsibilities that power denotes. It discusses the protection of civilian populations that come under the rule of foreign states and examines how a state’s control in a specific situation determines what responsibilities that state thus bears. These are universal principles, which, among other things, help shed light on the responsibility a state has for a territory over which it has partial control.

In practice, the application of the functional approach has been brought up in international tribunals outside the Gaza context, and there is a trend toward applying international humanitarian law (IHL) norms while considering the control different entities have in different spheres in a single territory. With respect to Gaza itself, Israel’s own Supreme Court has recognized (for instance paragraph 12 here) that Israel bears some duties in spheres it effectively controls in Gaza, or ones in which Gaza has developed near complete dependence on Israel – for example, control over crossings or electricity supply.

While the position of the ICRC is important, it’s not a novelty. It serves mostly as further support for the factually, legally and morally justified interpretation according to which the control a state exercises gives rise to responsibilities to uphold the law and respect the rights of the people under its control.