Today, March 8, is International Women’s Day. At Gisha, we have the privilege of being in contact with women living in the Gaza Strip – from high-tech entrepreneurs to business owners, mothers, farmers and herders, and civil society activists. Over the years, these women have agreed to share the stories of their dreams and achievements with us.

Applying a gender lens is crucial to understanding the unique implications of the Israeli-imposed closure on Gaza for Palestinian women in the Strip. Like women everywhere, women in Gaza face the realities of life in a patriarchal society, but they are also compelled to confront the various forms of violence inherent to Israel’s ongoing occupation. When it comes to access to livelihoods, the permit regime de facto discriminates against women, as they tend to work in professions that are not recognized by Israel in its criteria for travel.

Later this year, Gisha will publish a gender-based analysis of the permit regime. Today, we chose to focus on the stories of three inspiring women. In a reality in which women’s unemployment rate reached 63.7% in 2019, the fortitude, creativity and entrepreneurship of women in Gaza shines all the more brightly.

Kariman Mashharawi, 23, has a degree in structural engineering and is self-employed. She is the founder of a project entitled Piece of Palestine that focuses on production and sale of hand-made goods and employs 45 women aged 14 to 60-plus, all of them in the Strip. The handmade items are sold in Gaza, Jerusalem, and exported abroad to countries like Jordan and Japan.

Mashharawi says many of the women who once took part in the project have gone on to start their own businesses and now sell their items online. Many have been able to make enough money to pay for academic studies or provide for their families through this work. In addition to the challenge of navigating the business world alongside male counterparts who do not always accept her as an equal, Mashharawi describes difficulties caused by Israel’s restrictions on the entrance of goods it considers “dual-use” into the Strip. Some of the materials are essential for her work and are either banned or take a very long time before Israel approves their entrance. One example is colloidal silver, a substance used to protect metal jewelry. The metals themselves used for jewelry-making can also take long before they can enter. Mashharawi emphasizes how the random crossing closures frequently imposed by Israel interrupt her work. “I often finish jobs under stress, setting deadlines a month in advance because there may always be delays and the crossing could suddenly shut down,” she says.

Mayada Kdeih, 32, lives and farms lands near the fence, east of Khan Yunis. She is the sole provider for a family of eleven. Like so many other university graduates in Gaza, after completing her academic degree, she was unable to find work. Her love of farming motivated her to try growing coriander and parsley in her own yard for personal use. Then she tried her hand at other farming work, exploring whether farming could become her livelihood. She joined a project launched by the non-profit organization Ma’an that aimed to provide financial and professional support for a group of women who were learning how to grow potatoes. Kdeih went on to develop an independent project with four other women.

The five women leased some land for their own farming initiative. She admits that they did not receive much support from those around them. “I was told I wouldn’t be able to farm as a woman, on my own, without a man to help me and protect me. I replied that I wasn’t afraid. They bet that we would fail, but I persisted and stayed strong. I’d always reply: ‘Only women will solve this.’” Kdeih now grows beans, peppers, wheat and other crops, which she sells to suppliers and restaurant owners. 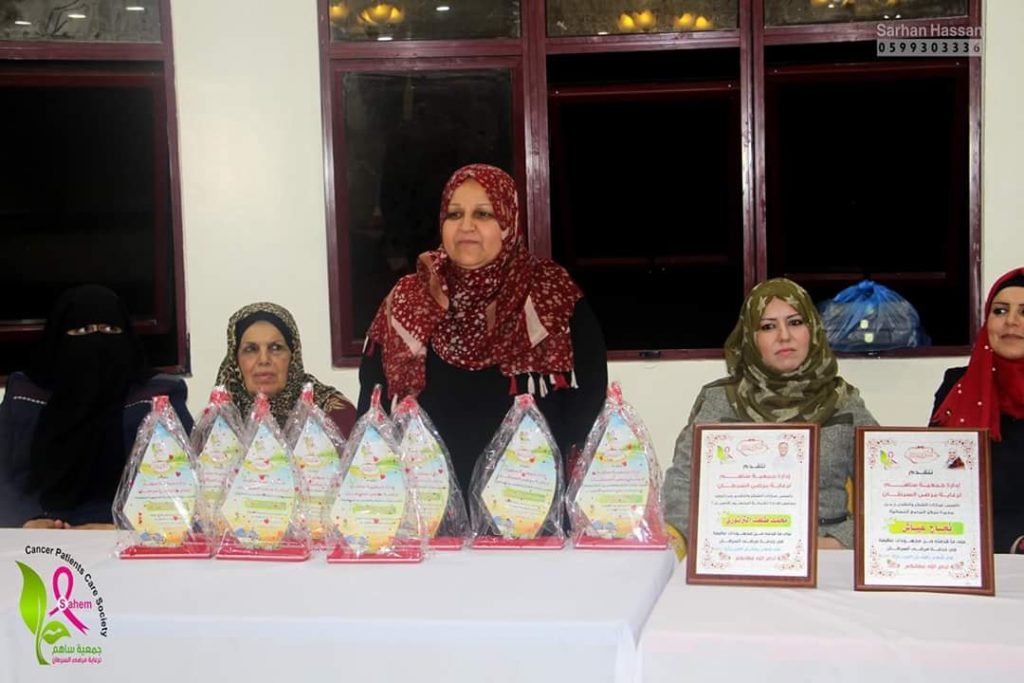 Najah Ayash is a long-time social activist. She was born to a family of ten and raised in Rafah. Through perseverance and determination, she found her way to higher education. Now a mother of seven, she has years of experience as an educator in Saudi Arabia and in Gaza. Over the years, she took multiple professional courses at the Women’s Program Center in Rafah. As she excelled in her studies, she eventually began running the center, which offers women in the south of the Strip professional courses, legal counseling and psychological support.

Under Ayash’s longstanding leadership, the center has developed professional training workshops in embroidery. Women who have learned the craft are able to make a living off it. Ayash, who has forged business connections with organizations in the West Bank in order to sell the Gaza-made embroidery there, says: “I’ve managed to take items made by the women in Gaza to a few exhibitions abroad. But participation in this track is limited because of the Israeli closure, which inherently blocks Gaza women from developing personally and professionally. Most of my applications for travel permits have been rejected.” Despite these impossible conditions, Ayash finds meaning in her work. “Training women and creating jobs and income opportunities for them is what I’m most proud of.”