R.G., an engineer and senior official at the Gaza Businessmen Association, told Gisha in June 2021 that, “six years since the Gaza Reconstruction Mechanism (GRM) was put in place, all parties understand that it is useless.” R.G. believes the GRM has hindered economic and commercial activity in Gaza. “The average citizen couldn’t get cement to renovate his or her house. The GRM created a black market and prevented a free market, as well as tainting the work done by contracting companies [in relation to security concerns],” he says. “Construction and industrial warehouses are under 24/7 surveillance, patrolled as if they were army bases.”

According to R.G., GRM requirements paralyzed the private sector. “Every item you purchase requires complex coordination, which means added costs. If you’re building a factory, even the tiniest item has to be included in the lists of purchases. Construction is carried out in phases, according to a schedule set by the GRM. There’s an inspection after every phase, and you can’t move on to the next phase without approval. It’s frustrating and exhausting and you can’t make a mistake in any phase; otherwise, you’ll be put on the blacklist, and there’s no going back. There are also mistakes made by UN supervisors, or the Israeli side, which have disrupted projects and had them suspended. People who work under the GRM feel like they’re putting their necks in a noose.” 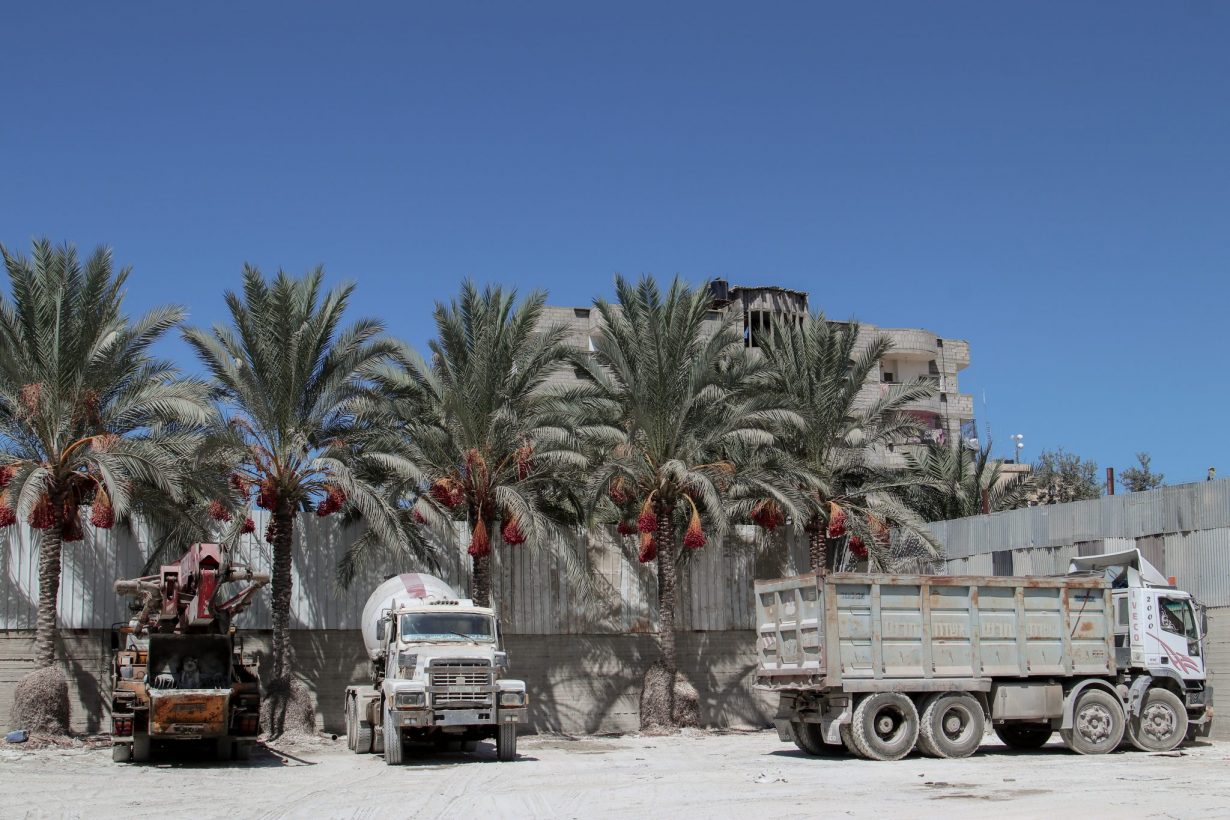 R.G. shared that a construction company he owns was put out of work for five years because some materials were stolen from one of its warehouses. “I reached out to everyone – the UN, the Palestinian side, the Israeli side. I attached all the documentation showing there was a break-in and that I wasn’t stealing from myself, but it was no use. All of the parties involved evaded responsibility and kept sending me from one to the other. Why hasn’t this problem been solved over the years? Why isn’t there a fair solution for people who have been thrown out of the mechanism for no fault of their own?”

R.G. says the GRM has failed to meet its goal of supplying contractors with materials that Israel considers dual-use. “The entry of cranes, pumps and insulation materials has been delayed until after the agreement with the contractor had ended. People turn to the black market in order to finish the project by the funders’ deadline, putting them at risk of suspension. I think the GRM should be abolished.”