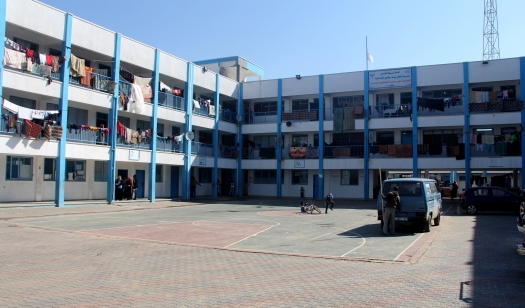 It’s been two-and-a-half months since Operation Protective Edge ended. During the operation, thousands of Gaza residents took shelter in United Nations (UNRWA) schools. Many have since returned to their homes, and others, whose homes were destroyed, were put up by family and friends. However, 18 UNRWA schools still house more than 30,000 people who have no home or temporary solution. They are waiting for Gaza’s promised reconstruction while living in classrooms that were modified into small one-room apartments. 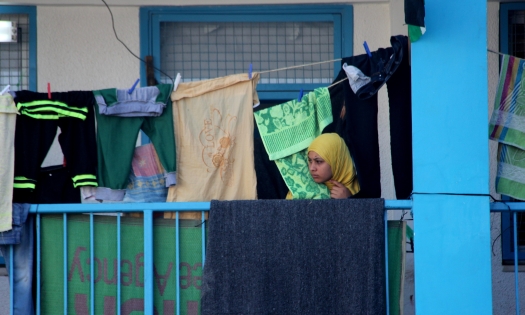 Despite extensive damage to homes and other buildings throughout the Gaza Strip, the coming winter and the promises of reconstruction, the Gaza Reconstruction Mechanism, which was meant to facilitate the entrance of construction materials into the Gaza Strip, has not yet been finalized. Only 33,465 tons of construction materials entered Gaza for international organizations in September and October. Though 2,516 tons designated for private use entered in October, this is a miniscule amount, being distributed through a long, slow process to a few people whose homes require relatively minimal repairs, not necessarily rebuilding. Many people in Gaza who meet the criteria set out in the mechanism have not received any construction materials as of yet, and for those whose homes were obliterated or badly damaged, there is no solution.

For the sake of comparison, in the first half of 2013, roughly 420,000 tons of construction materials entered Gaza via Kerem Shalom, the tunnels, and Rafah Crossing (for Qatar funded projects) every month. This amount of construction materials, more than 11 times the amount that entered over the last two months, was being used to meet the routine needs of a population of more than 1.7 million and even that amount didn’t come close to meeting need. Today, after Operation Protective Edge, the need for construction materials in the Gaza Strip is on an entirely different scale. 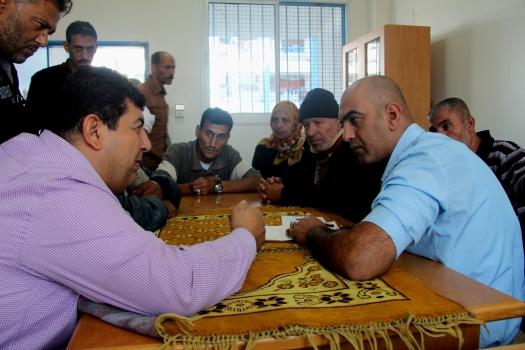 Eid Abd al-Aziz al-Masri is one of the displaced living with his family in a UN school. “We’re innocent civilians whose homes were destroyed even though we didn’t take part in the fighting. They put us in shelters like this one, which aren’t inhabitable. There aren’t enough bathrooms, and there’s nowhere to cook or wash. We do everything inside the classroom. The kids wash using pots, and this is also where we cook, eat and sleep”. 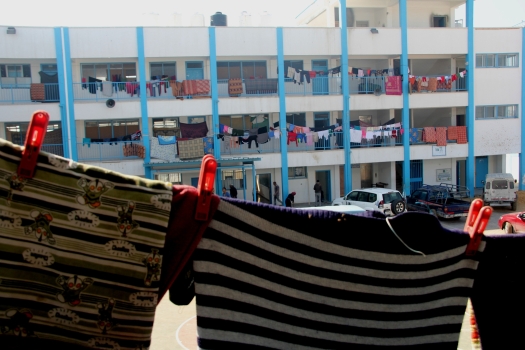 Al-Masri lived with his parents, his pregnant wife and their ten children in Beit Hanoun. They had to leave their home during the military operation because of the fighting in the area. When al-Masri and his eight-year-old son Ahmad returned to Beit Hanoun after 50 days of fighting, they discovered that their house had been obliterated. 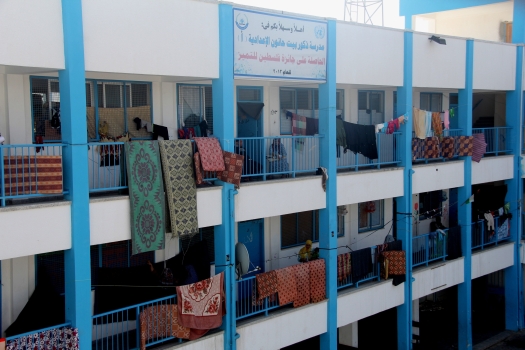 “When I went back home, and saw that it was destroyed, I felt my life had lost its meaning. I inherited the house from my father, who inherited it from my grandfather”, says al-Masri. When his son Ahmad looked through the rubble for whatever few objects could be salvaged, he found his bicycle, broken and unusable. He began to cry. 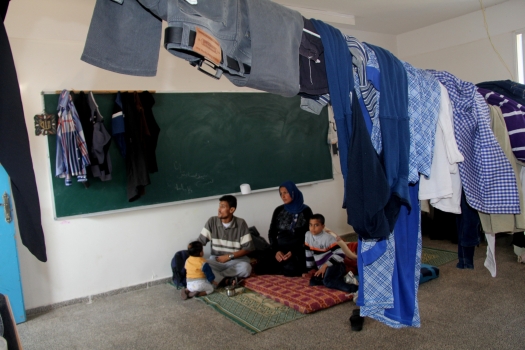 Every school has only two bathrooms, one for men and one for women. Sewers often back up and there is a strong stench in the air. Al-Masri’s young son has a rash. “It’s filthy”, says al-Masri, “and it’s causing skin diseases”. 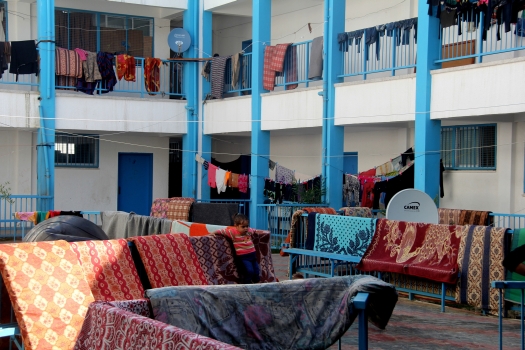 So far, al-Masri has received no information about the reconstruction program. He does not know when the rubble of his home will be cleared away or who might rebuild the homes that were destroyed. Two-and-a-half months later, al-Masri is still waiting.