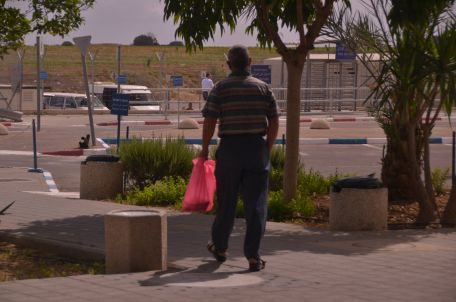 July 10, 2019. Over the last few days, media reports have covered the topic of entrance of traders and laborers from Gaza into Israel. Some aspects of the reports are accurate; others are misleading. Here are the facts.

Since late 2014, the arbitrary quota set by Israel for the maximum number of Gaza residents that can hold a trader permit at any given time has been 5,000. Reports about an expanded quota of permits for Gaza traders are false. The quota of 5,000 was introduced against the backdrop of “easings” after Operation Protective Edge and a stated policy of supporting economic recovery in the Strip, but was never filled.

One report suggested that although Israel allows up to 5,000 traders to obtain trader permits, the Palestinians “have trouble” filling the quota. The Palestinian Civil Affairs Committee, the official body which receives permit applications submitted by Gaza residents and transfers them to Israeli officials at COGAT (the Coordinator of Government Activities in the Territories), shared the following statistics: In the three months since April 1, a total of 8,964 applications for trader permits were submitted by Gaza residents. Of these applications, Israel approved 3,825 and denied 1,619; some 699 applications are still being processed, and a further 2,821 applications have received no response at all. Some permits that had been approved have since expired, explaining the difference between the total approvals and the number valid as of yesterday.

Amos Harel writes: “This is an old trick, which Israel has used occasionally for the past few years. The permit holders are described as businessmen but in practice it seems the majority of them are workers – manual laborers.”

What is clear is that it is high time that Israel stop engaging in an unnecessary charade of hiding that it allows laborers to enter Israel and toying with people’s livelihoods. Israel must enable Gaza residents to exit the Strip for work in a transparent, dependable and respectful manner, whether as laborers or traders.