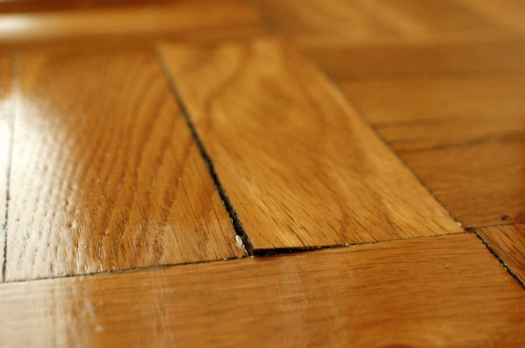 About a month ago, Israel announced it would allow the sale of scrap metal, furniture and textiles from Gaza inside Israel for the first time since 2007. For Gaza’s furniture manufacturers, what would seem like a welcome announcement smacked of absurdity. What furniture would they sell in Israel, given that Israel bans the raw material they need from entering – wood! For them, one hand was giving what the other had already taken away.

After the devastating 2014 military operation, Israel indicated a willingness to review the tight restrictions it had imposed on the sale of Gaza-grown and -manufactured goods in the West Bank. At the same time, we brought together manufacturers from different sectors in Gaza to hear about the potential ramifications should access to Israel and the West Bank, their primary markets prior to the closure, be allowed. Furniture manufacturers were optimistic. They talked about returning to full capacity for the first time since the closure was imposed in 2007. Some of them envisioned a 50% increase in staff and spoke proudly about a strong sector that managed to survive the toughest years of closure through adaptation and development. Now, they sound completely different.

The reason is simple: In April 2015, Israel banned wood planks more than five centimeters thick from entering Gaza, claiming wood had been used for building tunnels. In August, the restriction was expanded to include planks one centimeter thick and up. Gaza’s furniture industry bore the harshest brunt of the ban.

Mohammed Salmi, the CEO of one of Gaza’s largest furniture manufacturing companies, employed 33 staff before April. He’s now scaled down to a staff of 16, eight of whom work only three days a week. He told Gisha that he no longer runs the generator and that his employees only work in the hours between rolling blackouts (a result of Gaza’s chronically insufficient supply of electricity) – a kind of Russian roulette of productivity.

Mohsen al-Sarkhi, the owner of the Al-Sarkhi furniture company, had to lay off 13 employees after the ban on 5-centimeter wood planks. He currently employs 12 individuals, but expects that, if the situation continues, he’ll be compelled to close the company entirely when his stocks of wood runs out in about a month.

For a time, Gaza had a thriving lumber black market. In September, the price of a kitchen table jumped by 450 shekels ($116) – a significant increase even outside the Gaza Strip. Given that many couldn’t afford higher prices for furniture on the local market, manufacturers who managed to purchase wood on the black market had to keep prices relatively low and eat their losses. At the moment lumber is scarcely available even on the black market, and without wood, there is no furniture.

The Coordinator of Government Activities in the Territories (COGAT), Maj. Gen. Yoav Mordechai recently defended (Hebrew) the decision. “Hamas activists have taken over warehouses where construction materials are stored”, he said, “and confiscated them to serve the organization’s underground infrastructure”. According to Maj. Gen. Mordechai, Hamas is using lumber because of the difficulties in obtaining construction materials – but this claim is, at the very least, perplexing. Why? Five reasons:

1. Because construction materials enter the Gaza Strip from Israel

3. Because the military says Hamas does not need construction materials to build tunnels

The most infamous tunnel dug from Gaza to Israel is likely the one discovered in October 2013 near the Israeli community of Ein Hashlosha. At the time, the military said that the tunnel was 1,800 meters long and had been fitted with walls made of 25,000 concrete slabs with a total weight of 800 tons. This may sound like a lot, until one recalls that it takes about 200 tons of construction materials (cement, steel and gravel) to build just one housing unit in Gaza, so that the entire tunnel to Ein Hashlosha was built using materials that would have provided for only a handful housing units.

5. Because security challenges must be distinguished from civilian needs

About 19,000 housing units were completely destroyed during Operation Protective Edge and more than 100,000 others were damaged. Allowing recovery is a moral imperative. Senior political and security figures have also repeatedly said that recovery in Gaza is crucial for regional stability. Recovery means reconstruction and economic growth. Stifling a sector with a long history and great potential, such as the furniture industry – which also supplies the local market and needs – is destructive and not even effective by any measure.

The tunnels pose a serious challenge to the security establishment and solutions need to be found, but it doesn’t take an expert to know that when hope gives way to despair, the price is paid by all.

For all these reasons, today we sent COGAT a letter calling on him to cancel the disproportionate ban on the entrance of wood to Gaza.