Israel was forced to release a fishing boat back to Gaza on Monday following a request by Gisha and Adalah to the Haifa District Court sitting as the Maritime Court. Israel had been holding the boat at Ashdod Port since seizing it off Gaza’s coast in February, directly harming the livelihoods and food security of seven families in Gaza.

Israel is claiming that the boat breached the restrictions it imposes in Gaza’s sea space and filed a request with the Maritime Court to confiscate the boat permanently. Gisha and Adalah filed a motion to dismiss the state’s request outright, and also a motion for an interim order that would have the boat returned to Gaza until the end of legal proceedings. 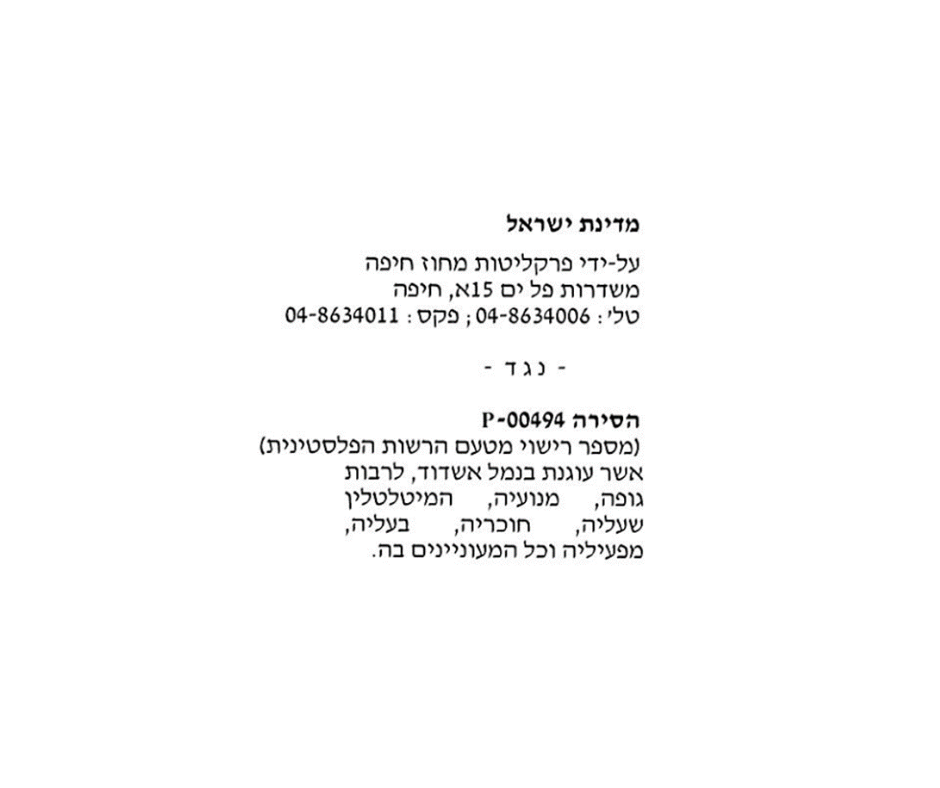 Israel’s request to confiscate the boat, which reads ‘The State of Israel vs. the Boat P-00494’

In our response to the state’s request to confiscate the boat, we argue that the restrictions supposedly “breached” by the boat, according to Israel, are in fact illegal restrictions that Israel enforces in violation of international law, harming not just the boat owners and the families that rely on it, but also Palestinian residents of Gaza more broadly. We also argue that the boat was seized and held by Israel without legal authority. Customary practice provides for special protection of fishing boats engaging in fishing for food collection and livelihood, even in times of war. Israel’s request to confiscate the boat is an extreme, punitive measure that is unprecedented, both locally and internationally. If its request is accepted by the court, Israel will be deliberately damaging the families’ source of income and their right to live with dignity.

Sources in Gaza’s fishing sector have reported a rise in violent arrests by the Israeli navy, as well as harassment of fishermen, including children, sometimes using live fire, as well as an uptick in boat seizures off Gaza’s coast. This comes on top of the arbitrary access restrictions Israel enforces at sea, which greatly hinder Gaza’s fishing sector.

The Maritime Court in Haifa accepted our motion for an interim order and instructed Israeli authorities to return the boat to its owners in Gaza, subject to conditions, but the struggle over the boat’s future, as well as the question of Israel’s authority to enforce restrictions in Gaza’s sea space, continue.