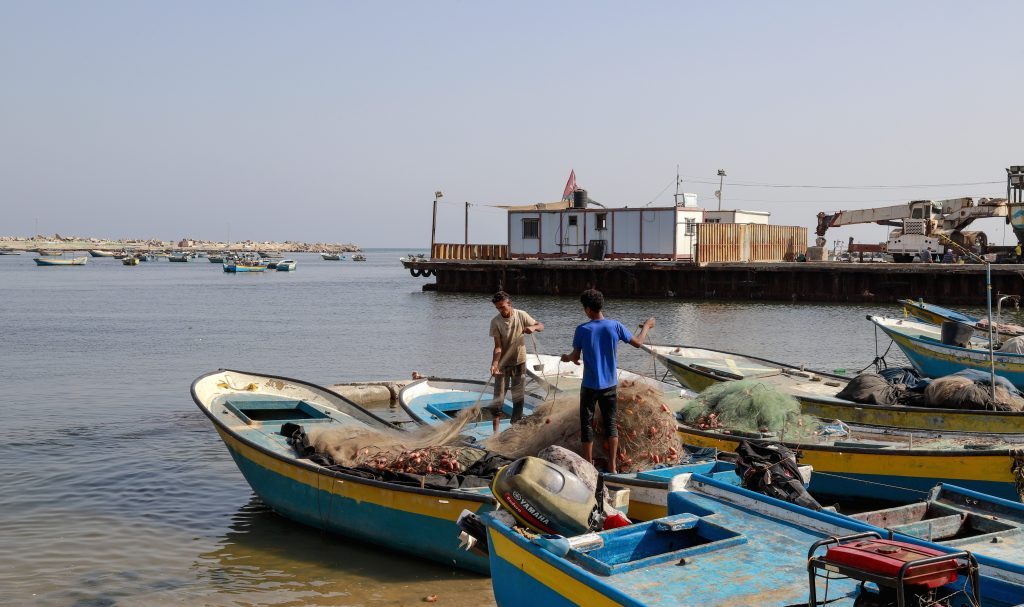 The fishing port in Gaza. Photo by Asmaa Elkhaldi

February 6, 2020. Yesterday, the unit of the Coordinator of Government Activities in the Territories (COGAT) announced that as of 16:00 that day and “until further notice,” fishermen’s access to the “fishing zone” – enforced by Israel in Gaza’s sea space – would be limited to a distance of up to ten nautical miles (nm) in the areas south of the fishing port. To the south of the fishing port, access is routinely limited to a distance of up to six nm. The last time Israel reduced the fishing zone as a punitive measure was on December 19, 2019. COGAT again framed the decision to reduce the fishing zone as a response to rockets and incendiary balloons launched from the Strip toward Israel.

While deliberate or indiscriminate fire on civilian population centers violates international law and is a war crime, Israel’s reduction of the fishing zone also constitutes an illegal act of collective punishment. The frequent reductions of and changes to the zone cause deliberate harm to one of Gaza’s most vulnerable and important sectors in response to actions that no one is claiming are in any way connected to fishermen in the Strip.