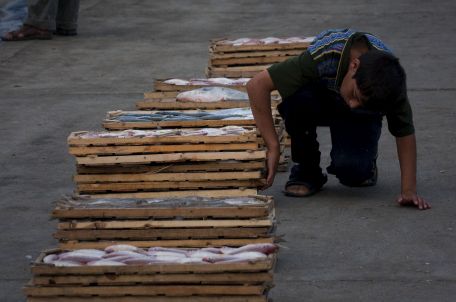 April 2, 2019. Yesterday, Israel implemented a partial expansion of the “fishing zone” it enforces off the Gaza Strip’s shores to 15 nautical miles (nm) in an area of the sea opposite the south of the Strip. This is the first time that part of the fishing zone has been extended to this distance since restrictions on access took effect in 1995, following the implementation of the Oslo Accords.

Under the new demarcation of the fishing zone, Gaza fishermen will ostensibly be able to access up to 15 nm in the area of sea stretching between Deir Al Balah and Rafah; between Deir Al Balah and the Gaza fisherman’s port, fishing will be allowed up to a distance of 12 nm. The northern area of the fishing zone, which the Gaza Fishermen’s Union describes as being the richest in terms of the catch of fish available, is still limited to only 6 nm from Gaza’s coast. In the areas of sea closest to Gaza’s border with Egypt (in the south) and Israel (in the north), there are stretches of sea, each 1 nm wide, where access to the sea is entirely forbidden. Fishermen in Gaza say that the southern area of sea that was expanded today is shallow and rocky, meaning that the potential catch is high. 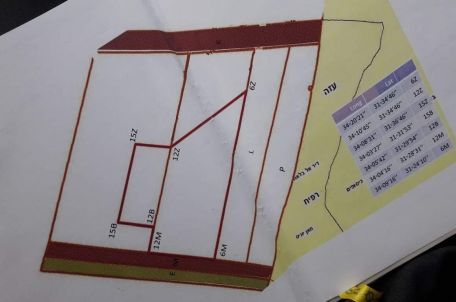 Map of the fishing zone. Photo by Al-Tawfiq Labor Union

While any extension of the area at sea that Israel allows access to is a necessary and welcome improvement, there are a number of remaining concerns. Firstly, Israel has given no guarantees for the fishermen’s safety within the zone. The Israeli navy enforces the fishing zone by firing warning shots and also shooting live fire directly at boats and fishermen, and not always just at the outer limits of the zone. Fishermen have been killed and injured as a result, and their equipment damaged and destroyed.

Other enforcement practices employed by the Israeli navy include the confiscation of fishing boats, equipment and engines as a means of punishing fishermen deemed to have exceeded the permitted fishing zone. Israel announced today that along with the expansion of the fishing zone, it would release four ships and 50 boats that it had confiscated from Gaza fishermen. Gisha recently submitted a High Court petition (Hebrew) along with Adalah and Al Mezan on behalf of a fisherman whose boat was confiscated by Israel about two and a half years ago, and has not yet been returned.

Sources within the fishing community in Gaza told Gisha today that Israel allowed steel cables into the Strip which are needing for fishing boats and had been prevented from entering until now. Israel limits, and sometimes entirely forbids, the entry of materials into Gaza, required for repairs to boats damaged by gunfire or accidents at sea, such as fiberglass or spare parts for boat engines. This means that many fishermen in Gaza may not be able to take advantage of the new expansion, as they may be unable to repair their boats.

The ongoing restrictions on access to sea enforced by Israel, as well as restrictions it imposes on entrance of spare parts and equipment into Gaza, have pushed many out of the sector, one of Gaza’s oldest. According to the United Nations, the number of fishermen in Gaza dropped from nearly 10,000 in the year 2000 to only 3,700 fishermen registered at present, of whom only about 2,000 are active on a daily basis.