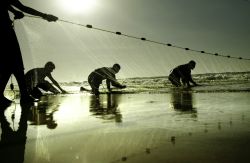 Following the end of Operation Pillar of Defense on November 22, 2012, Israel approved an expansion of the fishing zone from three to six nautical miles, which it then reversed on March 21, 2013 following rocket fire from Gaza toward Israeli territory.