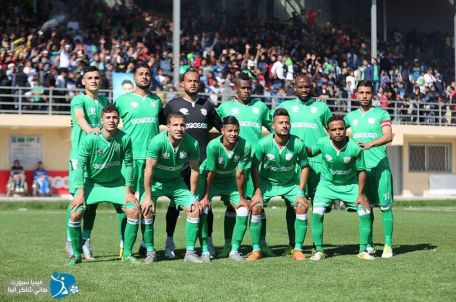 July 11, 2019. The final of the Palestine Cup is yet to take place but one serious loss has already been recorded on all sides. Last week, the Palestinian Football Association announced that the final had been postponed indefinitely because Israel won’t allow the Gaza-based football team Khadamat Rafah to travel to the West Bank.

On June 3, Gaza’s current cup holder, Khadamat Rafah, was slated to play the second leg of the final against their West Bank counterparts Balata FC. According to media reports, permit applications were submitted on behalf of the team’s 22 players and 13 club officials and trainers.

Three days before the game was due to take place, Khadamat Rafah’s spokesperson was notified that 31 of the 35 permit applications had been denied for unspecified “security reasons.” Only four permit applications were approved, and only one of them for a member of the team. Two of the permit applicants who were denied a permit by Israel were told that a final decision in their cases would only be reached after security questioning at Erez.

The final between Rafah and Balata is part of a football tournament recognized by the International Football Federation (FIFA). The Palestine Cup was reinstated in 2015 and has taken place annually since. A new match has not been rescheduled yet. The Palestinian Football Association hopes that FIFA will intervene on behalf of the Gaza team and demand that Israel reverse the denial of their permits.

This is not the first time that Israel has stood in the way of Palestinian football matches. In the summer of 2016, only 11 players from the Shabab Khan Yunis team were granted permits to travel to Hebron; seven team members were stopped at Erez. The match was postponed and two days later, following pressure from FIFA, Israel reversed its decision and allowed the team to travel to the West Bank.

The winner of the second leg of the final between Khadamat Rafah and Balata FC will go on to represent Palestine in the AFC Asian Cup.

It’s hard to imagine that there are reasonable grounds for blocking the entire team. Again, Israel is demonstrating the extent of its control over life in the occupied Palestinian territory and how it uses that control to undermine the social and cultural ties that bind the West Bank and Gaza.