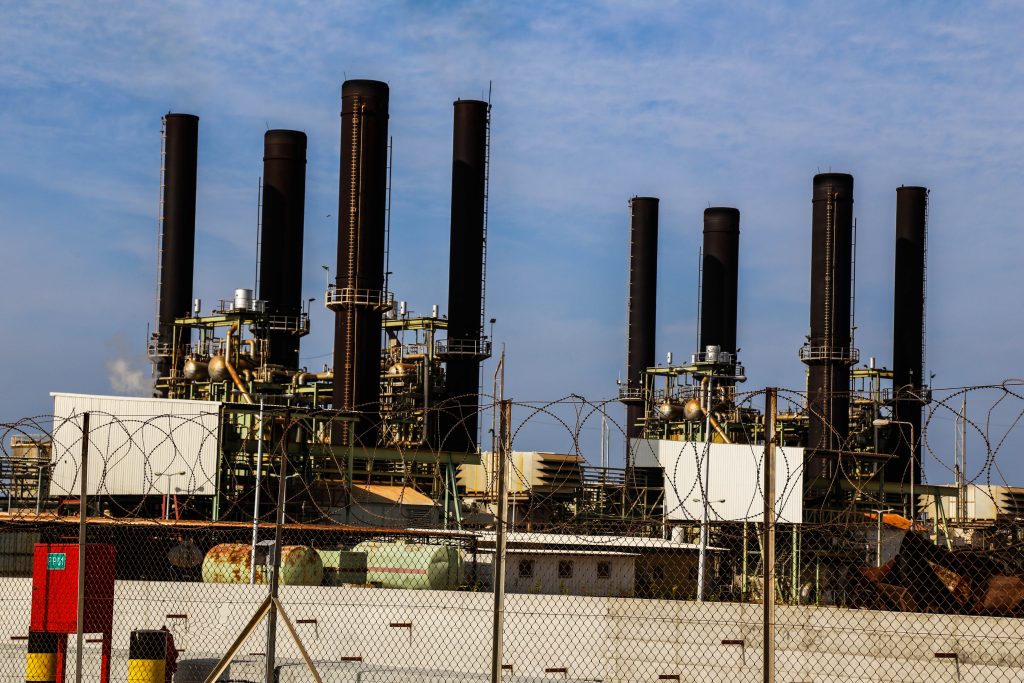 August 18, 2020. Gaza’s sole power plant stopped operating this morning due to a fuel shortage caused by Israel’s decision to block entry of fuel to Gaza via Kerem Shalom Crossing. Since Thursday, August 13, Israel has barred all entry of fuel to Gaza, one of several measures imposed, which amount to collective punishment. Since Tuesday, August 11, Israel has also blocked the entry of construction materials and banned access to the “fishing zone” it enforces in the Strip’s sea space.

Officials at the power plant estimate that Gaza residents will now receive no more than four consecutive hours of electricity, followed by outages of between 14 and 16 hours, in each 24-hour period. Given the typical spike in demand during the summer, power may only be available for four hours a day.

Ordinarily, Gaza’s overall electricity supply is comprised of 120 megawatts purchased from Israel and supplied through direct power lines, and between 63 and 70 megawatts produced by the power plant, which runs on fuel funded by Qatar and purchased from Israel. Combined, the average supply in July 2020 was 11 hours per day. At the plant are three fuel reservoirs that can store up to three million liters of diesel. A larger reservoir with a 10-million liter capacity is currently under construction.

Sources at the Energy Ministry in Gaza expressed concern over possible interruptions in the power supply to hospitals in the Strip. Most hospitals in Gaza are connected to the centralized power grid, which normally ensures 24-hour supply, but it is not clear yet whether the grid will sustain demand. The operations of sewage treatment and water distribution facilities are expected to be disrupted. The government-run quarantine facilities set up across the Strip, currently housing about 2,000 people, will also be receiving power for no more than four consecutive hours at a time. Factories, workplaces, and schools, which recently began the school year, running in several shifts, are all likely to be impacted.

All essential facilities will have to rely on generators, though fuel supplies are running low. Small quantities of diesel for the private market enter Gaza from Egypt via Salah a-Din Gate, but the supply does not bridge the gap created by Israel’s decision to block fuel entry at Kerem Shalom. The longer the shortage continues, the more harm will be caused to Gaza’s population, including impacting medical treatment, livelihoods, and everyday life.

Living conditions in Gaza were already difficult given the dire state of basic infrastructure and its beleaguered economy, largely the result of the ongoing closure imposed by Israel. In an era of global crisis brought on by the coronavirus pandemic and movement restrictions, Gaza’s residents and its economy are more vulnerable than ever.