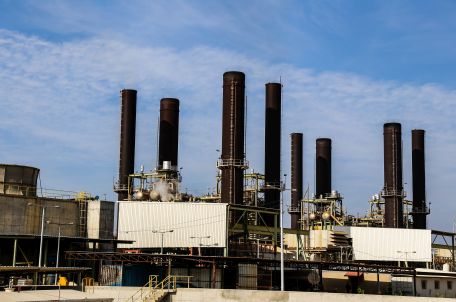 *Update – June 27, 2019: Israel is blocking transfer of fuel to Gaza’s sole power plant for 3rd consecutive day. Only 2 turbines are working relying on some fuel from private sector in effort to avoid plant’s shutdown. Power supply is down to 5-6 hours followed by 12-hour blackouts.

June 25, 2019. This morning, Israel announced its decision to halt the transfer of fuel used to operate the sole power plant in the Gaza Strip. Israel’s Coordinator of Government Activities in the Territories (COGAT) tweeted that fuel supply to the power plant in Gaza would be stopped “following the launching of incendiary balloons from Gaza towards Israel…until further notice.” Israel is only allowing entrance of fuel for the private sector, used for industry and to operate privately owned cars.

According to the Palestinian Energy Authority and the Gaza Electricity Distribution Company, the fuel currently available in the power plant’s storage tanks is only sufficient for operating the plant’s turbines until this evening, after which the plant will be forced to cease operations. This means that the supply of electricity to Gaza residents is likely to decline dramatically already today.

As is widely known, Gaza suffers from an acute, chronic shortage of electricity, impacting power supply to homes, hospitals, factories, and basic civilian infrastructure. In recent months and up until this morning, three of the turbines at Gaza’s power plant were running on fuel purchased from Israel using funds donated by Qatar and transferred to the Strip under United Nations’ supervision from Israel via Kerem Shalom Crossing. Added to 120 megawatts sold to Gaza by Israel and supplied through direct power lines, the overall electricity supply available to residents reached eight consecutive hours of electricity at most, followed by at least eight hours of outages, in rolling blackouts. Following Israel’s decision to halt supply of fuel to the power plant current supply stands at approximately 165 megawatts; about a third of actual demand, which is estimated at around 500 megawatts.

The last time that Israel blocked entrance of fuel into Gaza was on October 13, 2018, at the instruction of then defense minister, Avigdor Leiberman. Then too, the measure was framed as a response to “acts of violence” near Gaza’s perimeter fence, including incendiary balloons launched from Gaza toward Israel.

The decision to block the entrance of fuel runs counter to international law, as well as to Israeli Supreme Court decisions and previously professed commitments by Israel. Deliberately reducing the supply of a basic humanitarian commodity, knowingly harming the civilian population in Gaza, constitutes illegal collective punishment.

Against the backdrop of the US-led economic workshop in Bahrain, Israel is again demonstrating the extent of its ongoing control over life in Gaza, control that impacts the functioning of basic civilian infrastructure. Not only does Israel ignore its responsibility to maintain normal living conditions in the Strip, it goes further and deliberately puts the lives of civilians at risk.