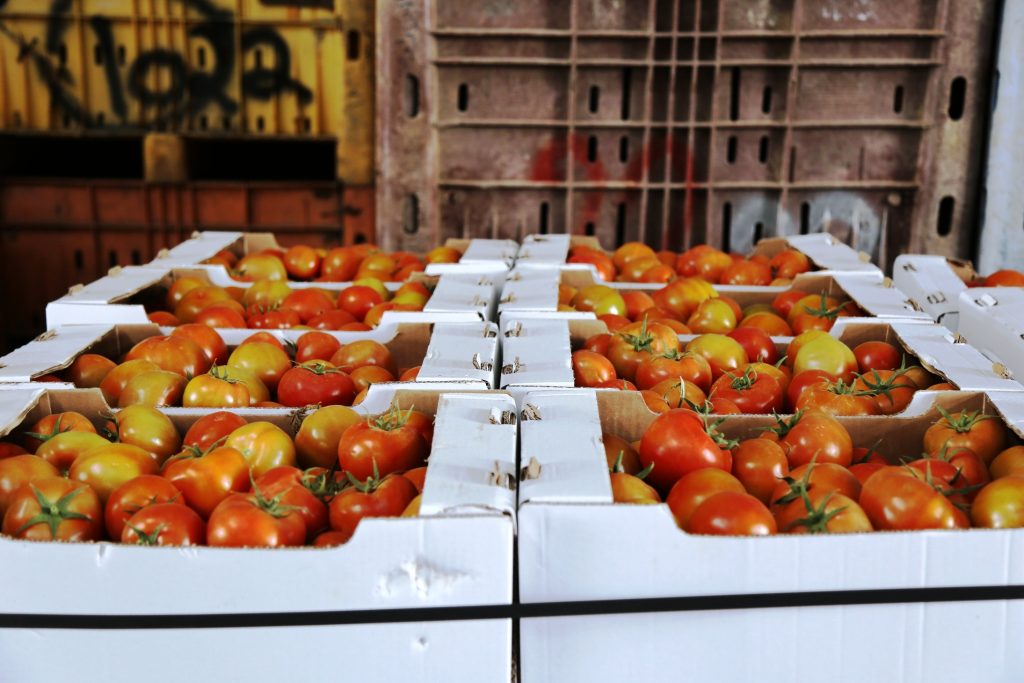 A shipment of Gaza-grown tomatoes on its way to Israel in March 2015. Photo by Gisha

February 3, 2020. On Saturday, February 1, the Coordinator of Government Activities in the Territories (COGAT) announced on its Arabic language Facebook page that Israel has decided to freeze all “easings” for the civilian population in Gaza “given the upset in the security situation.” The “easings” referenced by COGAT included an increase in the number of “trader” permits issued to Gaza residents (most of which, as is by now well known, are held by people exiting the Strip for day labor in Israel), and permission by Israel to coordinate the entrance of cement for Gaza’s private sector, independent of the Gaza Reconstruction Mechanism (GRM).

According to various media reports, Israel had recently been considering “easing” certain restrictions as part of a “settlement” or long-term ceasefire agreement with Hamas. Israel’s punitive decision to halt the implementation of “easings” for Gaza’s two million residents is already being applied. Yesterday, Israel notified the Palestinian Civil Affairs Committee in Gaza, the body that receives all permit applications by Gaza residents to Israeli authorities, that it had decided to revoke 440 “trader” permits “for security reasons.”

Recent media reports have mentioned an arrangement that would ostensibly allow Gaza’s construction monopoly, Sanad, to purchase cement directly from the Nesher factory in Israel, bypassing the GRM coordination process. As COGAT made clear in its post, this measure has now been suspended by Israel. The GRM was established in late 2014 as a temporary coordination system to support Gaza’s reconstruction following Operation Protective Edge. Since its establishment, it has become entrenched to the point that virtually all construction and infrastructure projects in the Strip must be approved through it. The mechanism allows Israel to control the supply of cement into Gaza and to determine who can purchase and supply cement in the Strip, as well as what projects it may be used for.

Other measures Israel has reportedly considered in recent weeks include permission to sell Gaza-grown strawberries in Israel for the first time since the closure was tightened, and permission for entrance of “dual-use” materials and equipment needed in Gaza’s fishing sector, such as fiberglass and spare parts for boat engines, which have been denied entry into Gaza for years. As far as Gisha is aware, these measures were not yet implemented before Israel decided to freeze the “easings.”

On January 29, Israel allowed a one-off shipment of 6,000 tires to enter the Strip via Kerem Shalom Crossing after a 20-month-long ban it has imposed on entrance of tires into Gaza. The ban was imposed by Israel in April 2018, in a sweeping and punitive response to burning of tires at the Great March of Return demonstrations. This has resulted in an acute tire shortage in Gaza, causing far-reaching damage to Gaza’s economy and putting people at greater risk of injury and death.

The decision to freeze the implementation of the various measures, accompanied by the portrayal of these measures as “easings” or “gestures,” is a familiar pattern of collective punishment: Israel tightens and loosens movement restrictions on a whim, while the overall policy of closure remains the same. It uses its control over movement to and from the Strip to deliberately inhibit development and damage Gaza’s economy, regardless of the consequences for the civilian population. Israel must recognize its obligations towards residents of Gaza, derived from more than 50 years of control over the Strip, and stop using their fundamental rights as bargaining chips.