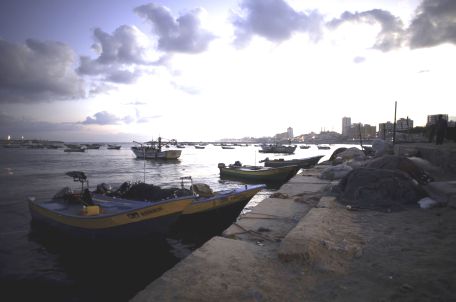 Boats in the Gaza port. Photo by Eman Mohammed

This morning’s reduction was framed by Israel as a response to incendiary balloons being launched from Gaza, setting fire to fields in southern Israel.

On April 1, for the first time since Israel began implementing restrictions on fishing if Gaza’s shores in 1995, Israel expanded a section of the fishing zone to 15 nm. Since doing so, Israel has twice reduced access to the sea in Gaza as punitive measures: On April 30, it reduced the zone to only 6 nm; between May 5 and May 12, access to sea was banned altogether. Both instances and this morning’s reduction cause inordinate damage to fishermen and their families.

The recurrent reductions of the fishing zone in response to actions over which fishermen in Gaza have no control constitute blatant collective punishment, both illegal and immoral. Gisha calls on Israel to desist from these punitive measures and refrain from harming the livelihoods of fishermen in the Strip.