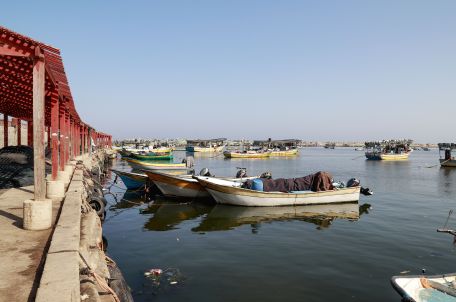 December 1, 2019. The High Court of Justice has ruled in favor (Hebrew) of human rights organizations Gisha, Adalah and Al Mezan in a petition (Hebrew) demanding that Israel return boats and fishing equipment it seized from Gaza fishermen. The High Court criticized the state’s conduct, noting that the petition had exposed a dynamic that required the court’s response.

Among the various flaws in the state’s conduct, the court emphasized, in particular, that “the return of the boats was delayed for an inordinately long time,” and that, “no appropriate measures were taken to document the seizure of items that are highly valuable, both objectively and in terms of the parties involved, for whom the boats were a source of livelihood.” The court also remarked that, “the description of the condition of the boats suggests indifference to their fate.” The court issued a costs order in the sum of 12,000 NIS in favor of the petitioning organizations.

The petition was filed by Gisha, Adalah and Al Mezan in January 2019 on behalf of Abdel Ma’ati Habil, a fisherman from Gaza whose boat was seized by the Israeli navy in late 2016 and held by the state ever since. In the petition, we argued that Israel had seized and held Habil’s boat and other boats without legal authority. The organizations demanded that the High Court order the state to return all the boats it had seized and was holding to the Strip, immediately and unconditionally, along with any equipment that was onboard at the time they were seized.

About four months after the petition was filed, the State Attorney’s office responded that it would return Habil’s boat to the Strip, as well as 65 additional boats that were being held by Israel. On July 1, the boat belonging to Habil was returned to the Strip by land, via Kerem Shalom Crossing. The boat had sustained considerable damage from live fire during its seizure by the Israeli navy, and during the three years it was held without maintenance, to the point that it could not be returned by sea.

Partly due to a lack of proper documentation, for which the state acknowledged responsibility, there is some dispute regarding the number of boats and quantity of equipment that Israel has yet to return. According to the Gaza Ministry of Agriculture, Israel is still holding 26 boats belonging to Gaza fishermen, including two large vessels, as well as some 40 boat engines. In an update submitted to the court, the state claimed that there are only six more boats and ten boat engines still in its possession.

According to the fishermen, the boats seized by Israel carried additional equipment, the fate of which is also under dispute: GPS devices, fish detection devices, and fishing nets. In its update to the court, Israel argued that the nets were not returned “due to sanitary concerns.”

Israel routinely seizes boats from fishermen in Gaza’s territorial waters and holds them for months, even years, without legal authority and in contravention of international law. Incomprehensibly, it has continued to do so even during the legal proceedings in this petition. Israel must desist from this punitive, violent and unlawful practice, which causes severe harm to fishermen, their families, and the viability of Gaza’s fishing sector as a whole.