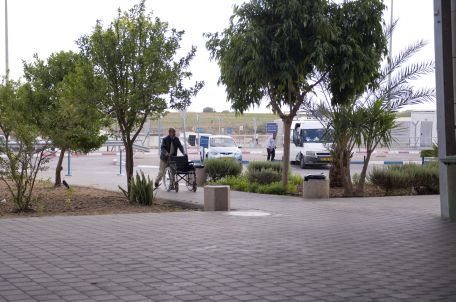 January 30, 2019. This morning, Israel’s High Court again found no reason to intervene in the ongoing, severe injustices being done to Palestinian residents of the Gaza Strip. Gisha submitted a petition (Hebrew), along with Physicians for Human Rights – Israel and HaMoked: Center for the Defence of the Individual, demanding that Israel amend its directive on processing times of permit applications by Gaza residents. We argued that the timeframes the state has granted itself to respond to permit applications are grossly unreasonable, and showed that the directive infringes systematically on residents’ ability to fulfill basic needs, let alone to exercise their fundamental human rights.

Among other issues, the directive allows Israeli authorities to ignore appointments for critical medical treatment and significant events with concrete deadlines. In this way, the directive blocks Gaza residents from reaching appointments for medical treatment unavailable in the Strip or academic scholarships in universities abroad; it prevents people from attending work meetings and conferences, and denies them the possibility of visiting a first-degree relatives at risk of death, among other examples. We asked the court to review these issues with the directive as a matter of principle, but the court preferred to discuss individual cases or, at most, to discuss each of Israel’s criteria for movement separately. The court decided not to accept our request to amend the petition according to its requirements. In practice, the court’s decision is to continue to allow Israel to evade its legal obligations towards the residents of the Gaza Strip.

What timeframes does the current directive stipulate, and why are we claiming that they are draconian? An application submitted to Israel by a medical patient must be processed within 23 business days, regardless of when the patient has an appointment scheduled. An application to visit a relative who is severely ill, or to attend a first degree relative’s wedding in the West Bank or Israel, must be processed within 50 business days, while travel for study abroad must be processed in 70 business days. Despite these long processing times, the Gaza CLA frequently fails to answer permit applications within the times stipulated in the directive, and often doesn’t respond to applications at all, in blatant disregard of Israel’s duty to respect the rights of Gaza residents.

The scope and depth of Israel’s ongoing control over the lives of Gaza’s two million residents come with obligations to protect the rights of the people under its control and to maintain normal living conditions in the Strip. Israel has the right to conduct individual security screenings, but must process permit applications within far shorter timeframes and allow Palestinian residents of Gaza to live their lives with dignity.