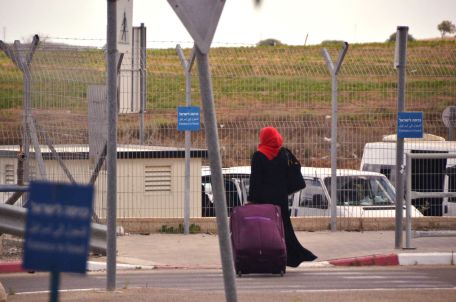 August 21, 2018. Yesterday, the court held a hearing in a petition Gisha filed together with Adalah, Physicians for Human Rights Israel and Al Mezan on behalf of seven women from the Gaza Strip who require medical treatment that is not available there. Their applications to travel from Gaza for treatment in East Jerusalem hospitals were rejected because a “first-degree relative is a Hamas operative.” The state said the refusals were based on implementation of a security cabinet decision, which has apparently led to hundreds of similar refusals over the past year.

Last Thursday, the media reported that the attorney general had called for a reevaluation of the ban on travel for medical treatment for individuals with family members who are “Hamas operatives.” The state, however, appeared at the hearing without the attorney general’s official position. The state was also unable to define what is meant by “Hamas operative,” for example, if the definition includes only senior members of the group or otherwise. We note that since our petition was filed, the state retracted its refusal to let two of the petitioners travel, at least one of them after it was explicitly stated that on further inspection, she in fact did not have a family member who is a Hamas operative. The court was not informed of this change. One of the two women traveled already and a second one no longer has the strength to book a new appointment and take advantage of the late approval.

The justices on the panel, Uzi Fogelman, Isaac Amit and Ofer Grosskopf questioned how the ban could be reconciled with case law, according to which only a direct security threat posed by the patient him or herself could justify denying the right to medical treatment. In this context, Justice Fogelman stated: “Clearly, they do not pose any danger. Does the right to life not override here?”

Before the hearing, the state consented, in its response to the petition, to let five of the seven petitioners exit Gaza via Erez Crossing, on condition they receive treatment in the West Bank or abroad. The petitioners’ position, which was reiterated by their counsel at the hearing, is that this proposition in effect denies the petitioners access to proper remedy as the treatment they require is available in East Jerusalem, which the state considers part of Israel. No suitable treatment is available in the West Bank, and the patients cannot afford treatment abroad, for which they cannot receive coverage from the Palestinian Authority. When Justice Grosskopf asked whether it was at all possible to find out whether the patients could receive the treatment abroad, the state responded it had no obligation to do so.

Adv. Muna Haddad from Gisha said at the hearing: “The state is sentencing the petitioners’ to death or a lifetime of suffering, while the attorney general has not even drafted an opinion on this issue. Looking into the possibility of traveling abroad at this stage will seal the fate of these and other patients who do not have time to spare.”

The state was ordered to submit supplementary information by Thursday, including the position of the attorney general. The attorney general will need to address the legitimacy of a sweeping, punitive decision that clearly has nothing to do with security and deliberately undermines the quality of life, and even the very prospect of life, for so many in the Gaza Strip.