They grew up in Gaza under strict movement and access restrictions imposed by Israel, tightened to the point of closure in 2007. They have only ever known a life shaped by Israel’s control of Gaza’s main crossings, as well as its sea and air space. They have faced the fear of death, the immense destruction caused by at least four military offensives and countless other instances of use of force by Israel, as well as political division and instability.

The vast majority of Gaza’s 2.1 million residents are young – 70 percent are under 30 years old, and more than half of the population are children under the age of 18. They are the future, but they are also part of a generation that cannot remember any other reality, a generation of Palestinians whose basic freedoms – like starting a family, accessing medical care, choosing a profession, and many other needs – depend primarily on decisions made by Israel. Their lives tell the story of Israel’s decades-long efforts to isolate Gaza and separate its residents from Palestinians in the West Bank and Israel, of an Israeli policy that consistently punishes them for actions beyond their control and reduces their needs to a minimum it considers “humanitarian,” all with blatant disregard for their human rights.

One year since Israel’s May 2021 offensive, and 15 years since the Israeli government decided to impose a full closure on the Strip, three young adults from Gaza share, in their own words, how Israel’s harmful policies have shaped their lived experience, how they obstruct their dreams and ambitions, and what changes they long to see.

“In Gaza, even your dreams depend on Israeli restrictions” 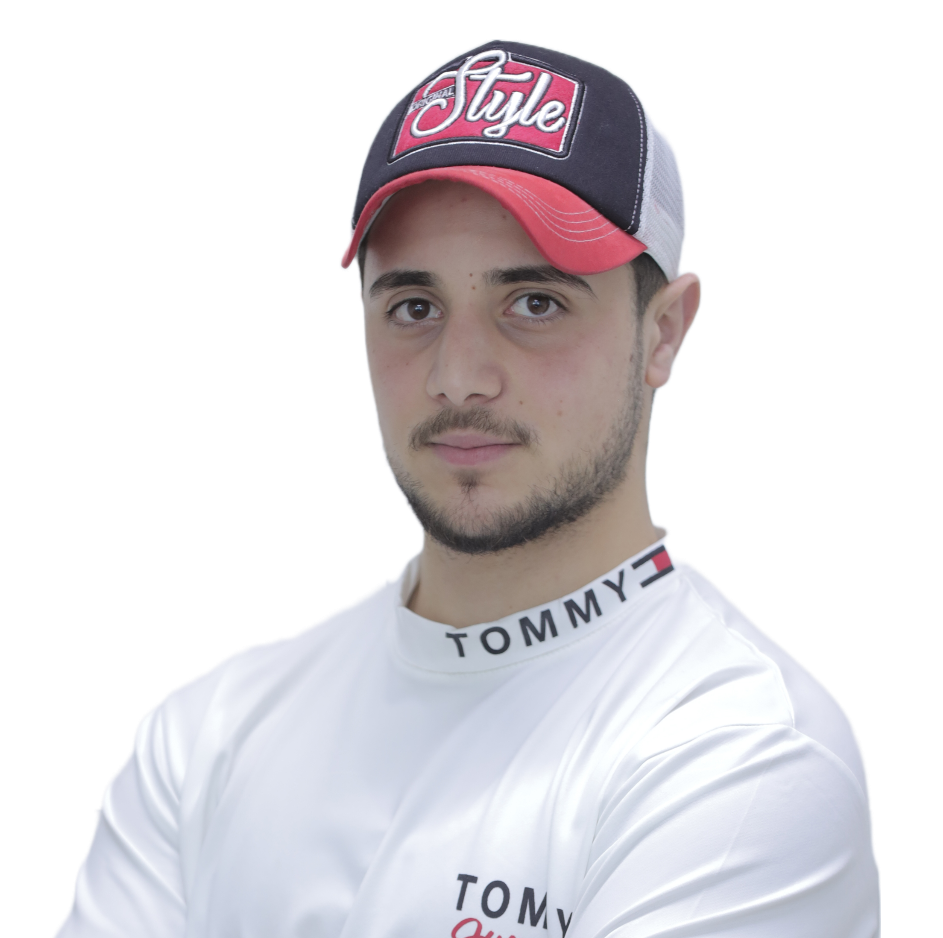 “I’ve never left Gaza. I don’t even have a passport. I’m part of a generation that doesn’t know any reality other than Gaza being closed off. I grew up with announcements about when the checkpoint opens and closes, on stories of patients who couldn’t exit to get medical care. I grew up in the shadows of life in a prison.

“My father and others from his generation have told me about how they used to travel, leaving Gaza at sunset to have dinner in Jaffa. I could never imagine it. For me, this is the stuff of dreams.

“As a generation living under closure, we see how young people in other parts of the world can advance and develop. We are deprived of even thinking about such possibilities. We’ve never been excited about arriving at the airport, we’ve only ever seen regular airplanes on TV. The only planes we know well are F16s and drones.”

I want to be free

“The situation in Gaza is very depressing. Most university graduates can’t find work and live under occupation, closure, as well as the political divide and instability. Every year or two, there’s a war that kills people and destroys homes and fields, and with them hopes and dreams. It doesn’t mean we should give up and stop aspiring for a better reality, but in Gaza, even your dreams depend on Israeli restrictions. There’s hardly any opportunity to work outside Gaza and develop. The dreams I had while at school are fading in the face of a reality I cannot control.

“I want to be free, to have the opportunity to experience and experiment, to travel, have fun, to exit Gaza and return to it. I’m scared of getting a passport and travelling alone – after all, I’ve never done it before. I hear about the ordeals people endure at the crossings, and I worry about that too.” 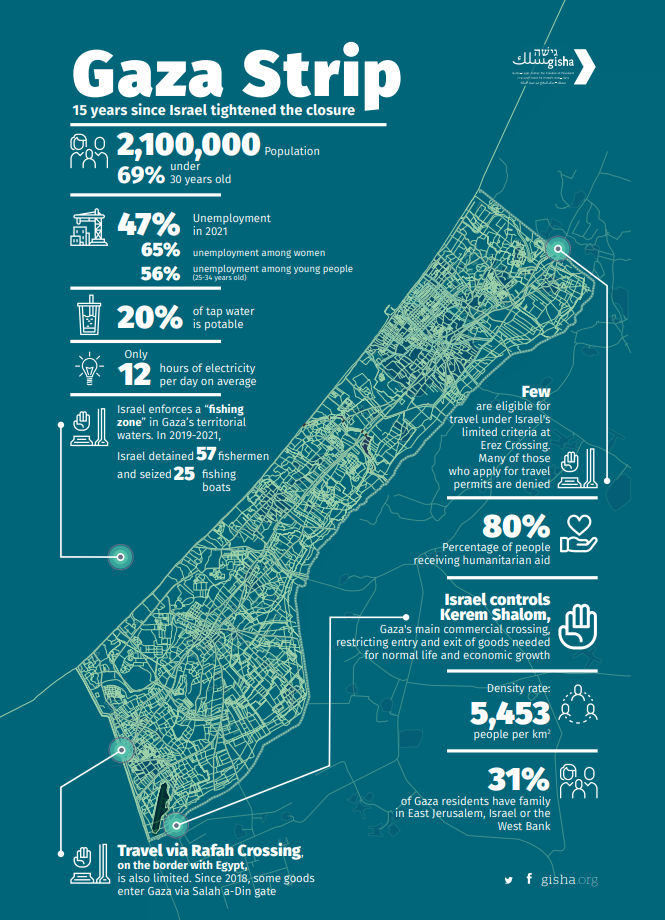 “Life here is bitter and challenging”

Nour Murtaja, 20, studying for a BA in information systems management – five years old when Israel tightened the closure on Gaza.

“I don’t feel like I’ve experienced real life in Gaza. My life in the Strip is made up of four wars, closure, anxiety and endless waiting. When my family talks longingly about life before [the closure], I tell them that at least they’ve experienced it. We’re the generation that didn’t get to.”

A life filled with anxiety

“My life is filled with anxiety. You hear a sound on the street and you wake up, fearful, asking ‘what happened?’ The sounds and noises that make up my memories are of wars, shelling and explosions. Every sound is a trigger. People in the world light fireworks to celebrate and party. For me they are a reminder of the bombings.

“Life here is bitter and challenging. Despite everything, it has made me a strong woman, with a desire for a better future, a better reality. I hope I’ll get to see Gaza as one of the best places in the world, with clean air and a clean environment, that we’ll live here in safety and peace, that we’ll get to build our future and the future of our country like other people around the world.”

“My family is split up” 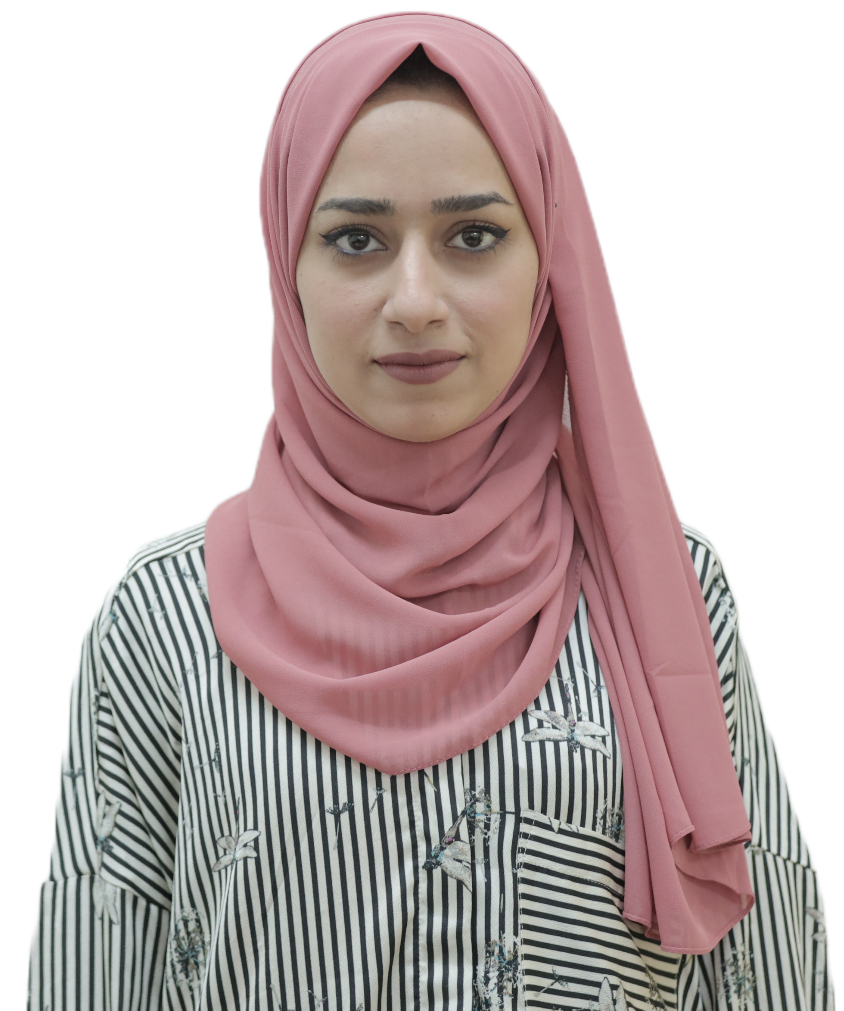 Iman Al Drimali, 23, received her BA in nursing and works part-time in a medical office – seven years old when Israel tightened the closure on Gaza.

“I’ve never been outside the Strip. Seeing the world and being exposed to different cultures is important. My parents came to Gaza from Jordan in 1998 but the rest of our family stayed there. My family is split up. It’s hard for us to visit our relatives, and they can’t come to Gaza.

“I grew up hearing my mother’s long telephone conversations with my aunts in Jordan, talking about their hopes of seeing each other someday. It took 14 years until my mother managed to exit Gaza to visit them.

“I wish I could visit Palestinian areas like the West Bank and Jerusalem, where my mother’s relatives live. I want to make connections and friends with Palestinians outside Gaza. I’m sure a lot of Palestinians want to visit Gaza too.”

“After I finished my degree, I started looking for work. The first months of job hunting were very depressing. There are no opportunities, and the COVID crisis was at its height. Work is a fundamental part of life. You can’t survive without it. I decided to volunteer but had to wait a long time even for an unpaid position. People around me were shocked that I was working for nothing.

“I love Gaza but when I realized I have no promise for a future and a career here, I started thinking about traveling. Future prospects here are grim, and unemployment is only getting worse. It’s a disaster for me and my colleagues here in the Strip.”

A day I can’t forget

“I remember December 27, 2008. I was in elementary school. I was taking an exam, and suddenly, I heard a loud explosion. My desk shook. All the papers flew up in the air, and people were shouting, ‘It’s a bombing! Get out of here!’ We ran home. It was the first war I’d experienced. I’ll never forget that day. Later, in the 2012, 2014 and 2021 wars, there came more difficult days.

“Despite the difficulties, people in Gaza insist on enjoying the simple things. The hardship brings the community closer, but the repeated wars cause huge psychological difficulty, trauma and depression. The closure bred poverty and unemployment, a financial crisis and also a pessimistic outlook for most people.”

“The closure lowered the ceiling for our ambitions and forced us into a situation where we settle for little. We are prisoners in the world’s largest prison.

“We are a generation that grew into a reality of ongoing, unending wars. Our consciousness and experiences are full of pain, suffering and oppression. We are full of initiative and strength to push ourselves forward even though we’ve only ever known a reality of travel restrictions and crossing closures, of long power outages, a water crisis, sea pollution, destroyed streets and a shortage of basic materials with which to fix them. This reality has deprived us of the fundamental rights every human being should have.”