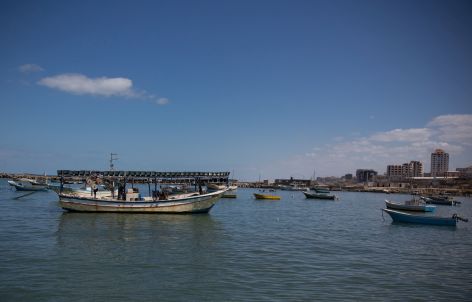 June 13, 2019. Early this morning Israel imposed a full maritime closure on the Gaza Strip, banning all access to Gaza’s territorial waters. This is the 15th time Israel has changed the demarcation of the fishing zone it enforces of the coast of Gaza since the beginning of 2019 alone, and the eighth change to be implemented in the last month.

Only yesterday, Israel reduced the fishing zone to a maximal distance of six nautical miles (nm). Nine days ago, June 4, Israel reportedly expanded a section of the fishing zone to 15 nm after it had reduced it to 10 nm on May 29. The frequent changes to the fishing zone are being framed by Israel as a response to the launching of incendiary balloons from Gaza, though no one is claiming there is any connection between these incidents and the fishing sector in the Strip.

On April 1 this year, Israel announced it would expand a section of the fishing zone to 15 nm for the first time since fishing zone restrictions were first introduced as part of the Oslo Accords. The expansion  was to be applied in the sea opposite Deir Al Balah. Israel notified fishermen that only large towboats would be allowed to enter the area of sea between 12 and 15 nm off the coast. Since the announcement, Israel has implemented no less than seven punitive reductions of the fishing zone for actions over which fishermen have no control.

Israel’s ongoing restrictions on access to the sea in Gaza have caused severe damage to the historical economic sector, pushing many out of the fishing profession. According to the United Nations, the number of fishermen in Gaza dropped from around 10,000 in 2000 to approximately 3,700 fishermen registered today, only about 2,000 of whom fish on a daily basis.

The full maritime closure, a measure imposed arbitrarily and repeatedly by Israel since March this year, is a particularly harsh sanction that Israel had not previously imposed since 2007, not even during Israeli military operations in the Strip.