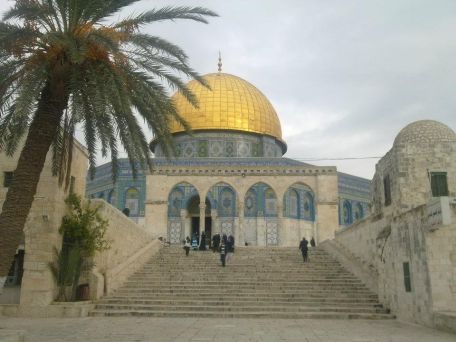 December 11, 2016. Travel to Friday prayers at al-Aqsa from the Gaza Strip has been canceled until further notice. The Civil Affairs Committee in Gaza, the Palestinian Authority’s coordination body for permits, received the official announcement last week. Committee officials were told by the Israeli authorities that the reason for the cancellation was that some worshippers did not return to Gaza on the same day as their travel. The permits are time-bound, for one day only.

Travel for prayer at the al-Aqsa Mosque has been permitted since October 2014, in the aftermath of Operation Protective Edge. A quota of 200 worshippers every Friday was put in place and permits were given only to persons aged 60 or over. A separate quota of 100 was set aside for UNRWA employees who travel for prayers every week. That quota has not been cancelled.

This is not the first time travel for prayers at the mosque has been cancelled as a punitive measure. In March this year, worshipper travel was halted for four weeks, on similar claims, that some of the worshippers did not return to Gaza immediately but stayed in the West Bank for several days.

Other than the blatant violation of freedom of movement and religious freedom, which are limited to begin with, this sudden cancellation illustrates the arbitrary conduct of the authorities regarding the issuing and cancelling of Gaza exit permits. It also demonstrates the degree of control Israel has over civilian life in the Strip – including over the lives of elderly residents who wish to pray at one of Islam’s holiest sites.