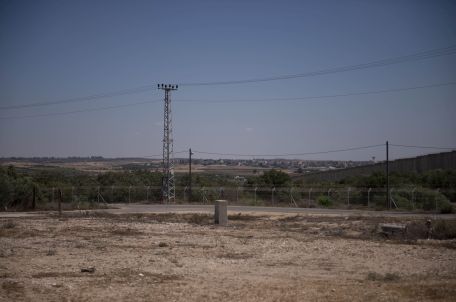 September 5, 2019. Five years ago, on September 7, 2014, Avera Mengistu, an Israeli citizen, crossed the northern section of the fence separating Israel and Gaza, headed toward the Gaza shore. He has not been seen since. On April 20, 2015, another Israeli citizen, Hisham Al-Sayed, entered Gaza through an opening in the fence in the eastern Gaza Strip. His fate has also been unknown since.

Various statements made by Hamas authorities in Gaza imply that the two are being held captive in the Gaza Strip and that their freedom is conditional on release of Palestinian prisoners held by Israel. Foreign officials and international bodies have made efforts to obtain information about the fate of the two men, to no avail. Hamas’ refusal to disclose information about the two, allow them contact with their families or allow visits by the Red Cross is a reprehensible violation of international humanitarian law.

Both disappeared men belong to marginalized groups in Israeli society. Mengistu is of Ethiopian origin and Al-Sayed is a Palestinian Bedouin. Both are known to have suffered from severe psychological conditions, a fact which exacerbates concern for their health and well-being given their lengthy confinement and isolation. The battle waged by their families to keep their fate in the public eye has been worn down over the years by lack of interest and empathy, and overshadowed by campaigns run by the families of two deceased Israeli soldiers whose bodies are also allegedly being held by Hamas.

Human Rights Watch, which investigated and reported on the men’s disappearance at length, note that “a government’s refusal to officially acknowledge that a person has been detained or to reveal a person’s whereabouts or fate following detention or arrest, thereby placing the detainee outside the protection of the law, amounts to an enforced disappearance under international law.”

It is difficult to avoid the impression that not enough is being done to find out what happened to the two disappeared men and to free them. If Hamas is indeed holding them in its custody, it must allow them to make contact with their families, must allow the Red Cross to visit them, and, in the absence of legal cause, release them immediately and unconditionally.