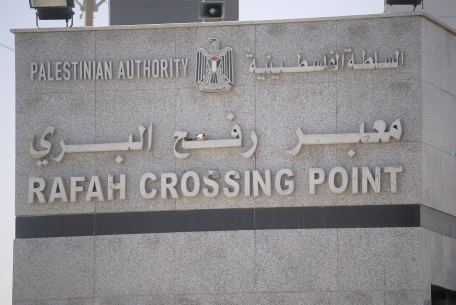 February 7, 2017. Rafah Crossing operated for four consecutive days last week, from Saturday, January 28 to Tuesday, January 31. Travel was permitted in both directions for people meeting the permitted criteria. Over the four days, 2,624 exits from Gaza to Egypt and 3,095 entries into Gaza were recorded.

Throughout 2016, the crossing operated on 48 days only, with exit from Gaza permitted on 42 of those days. The monthly average number of crossings in both directions via Rafah during 2016 was 3,520, compared to a monthly average of 40,816 entries and exits in the first half of 2013, when the crossing operated on a daily basis. It has not resumed consistent operations since.

Rafah operated on a few more days in 2016 as compared to 2015. In 2015, the crossing was open on only 32 days, with the monthly average number of crossings in both directions reaching 2,396.

During limited openings of the crossing, only individuals fitting narrow criteria are permitted to travel: Medical patients with referrals for treatment in Egypt, students, and individuals with foreign residency or foreign passports.

Last week, goods were permitted through the crossing as well, and there was some diversification in the variety of goods coming in from Egypt through the crossing. For the first time since 2005, for example, food items, steel and forklifts entered for the private sector through Rafah. New vehicles to be sold in Gaza also entered, as they did the last time the crossing opened in December. In June 2015, construction materials destined for the private sector began entering through Rafah Crossing after a decade in which only items considered donations or humanitarian aid were brought in. All told, 303 truckloads of goods entered Gaza through Rafah in January. To put matters in perspective, last year, nearly 10,000 truckloads entered Gaza monthly through the Kerem Shalom crossing between Gaza and Israel (excluding fuel).