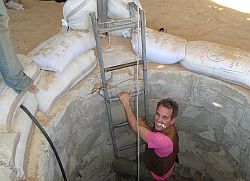 March 14, 2012: During the month of February, 62 types of goods entered the Gaza Strip and three trucks carrying fish, flowers and peppers exited all through the tunnels. Some of the goods that entered the Gaza Strip through the tunnels during this month were building materials whose entrance via the commercial crossing Israel restricts. It is estimated that 3,920 tons of steel entered Gaza via the tunnels, while only a quarter of this quantity entered through Kerem Shalom crossing.  In addition, 37,953 tons of cement and 105,506 tons of gravel came in through the tunnels, compared to only 17% and 48% of these quantities respectively that entered via Kerem Shalom.

Ever since the closure was imposed on Gaza in 2007, the tunnels have become a central route for the import of goods into the Gaza Strip; they were used to bring in goods Israel banned in the past and ones it restricts at present. In 2007, in the months preceding the closure, a monthly average of 135,139 tons of gravel, 32,948 tons of cement and 4,834 tons of steel entered the Gaza Strip. Since June of that year, the import of building materials into the Gaza Strip has been restricted on the claim that these are “dual-use” materials which may also be used for military purposes. 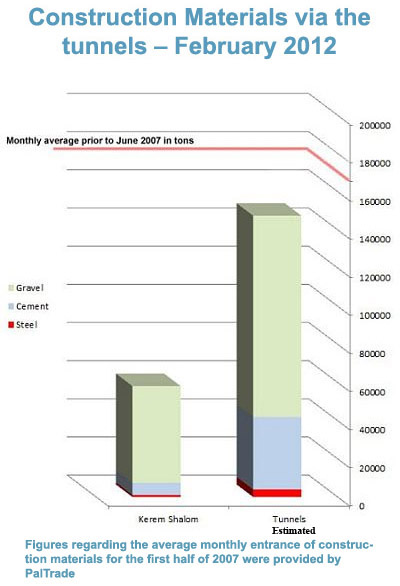