Intissar Abu Mandil, 50, and Rasmiya Zakout, 44, are two of 41 women who founded Balah Falastin, a company based in Gaza that produces date paste (ajwa in Arabic) and date-filled cookies. In just four years, the company has grown to become one of the largest manufacturers and sellers of date paste in the Strip. Balah Falastin, located in Deir al-Balah, has 25 permanent employees, all women. Seventy additional women work during the date harvest, from September to December and the company also purchases date paste from women who make it at home.

The initiative that became Balah Falastin sprung from a series of women-run, small cooperatives that marketed date paste on a limited scale as part of the Community Association for Date and Palm Date Development in Gaza. Both Abu Mandil and Zakout have worked in the sector since 2001 and they and their colleagues founded Balah Falastin in 2016, with a 100,000 USD investment. About a third of the money came from an organization that provides small business loans with favorable terms. The rest came from the women themselves.

The company has grown and invested in its development, with employees undergoing intensive training in marketing, quality control, management, and more with the support of Oxfam and other local and international organizations. In its first year up and running, the company produced 30 tons of date paste. Last year, it produced 70 tons.

Rasmiya Zakout tells Gisha that the beginning, however, was far from easy. “We didn’t have a broad vision for how the company should be managed. Sometimes we’d do well, sometimes we’d make mistakes, but we insisted on the success of the idea, that’s what drove us,” she explains. “This year, for the first time, we rented seven dunams [about 1.8 acres] of space, three of which are used for greenhouses, where we dry the dates. We designed the space with room for a large fridge to keep the dates fresh until they are processed. We also put in a production line that includes several ovens and grinding mills, and other equipment.” Zakout adds that the date paste her company makes is different from the date paste produced in the West Bank. In Gaza, the paste is made with hiyani dates, which,  are tastier and better suited for filling cookies.

According to the Palestinian Ministry of Agriculture in Gaza, there are about 190,000 fruit-bearing date palms in the Gaza Strip, each of them producing about 50 kilograms (110 pounds) of hiyani dates per year. Balah Falastin hires laborers to harvest the dates and transport them to the company’s compound to be processed. The employees wash and pit the dates before laying them to dry on wooden boards. The dates are baked for several minutes, with some being ground for paste and some packaged for sale whole.

Eid Al Fitr, the holiday marking the end of the holy month of Ramadan, is celebrated with traditional sweets and pastries, making it a peak season for sale of kaak bajwa, date-filled cookies.

Every year, as Ramadan draws to an end, demand for date paste soars. “Companies and traders buy from us at 7 NIS per kilogram [about 2 USD per 2.2 pounds]. Then they package the dates, brand them, and sell them on for 9 NIS a kilo [2.5 USD per 2.2 pounds]. We also market our products directly under the brand name Zina,” says Intissar Abu Mandil. “In 2017 we began negotiating with the Ministry of Economy in Gaza, and other agencies, to stop the import of date paste to the Strip. After a real struggle, we eventually won, largely thanks to the high quality of our product. Now, the only date paste you’ll find in on the market in Gaza is locally made.”

Abu Mandil is confident their product could do well in the West Bank, if only they were permitted, under Israel’s stringent policy, to market it there. “We’re working now to achieve the goals we set for ourselves in our strategic plan for 2019-2021, which include continuing to develop our financial and technological expertise, improving the quality of our products, and reaching beyond the local market in the Strip.” 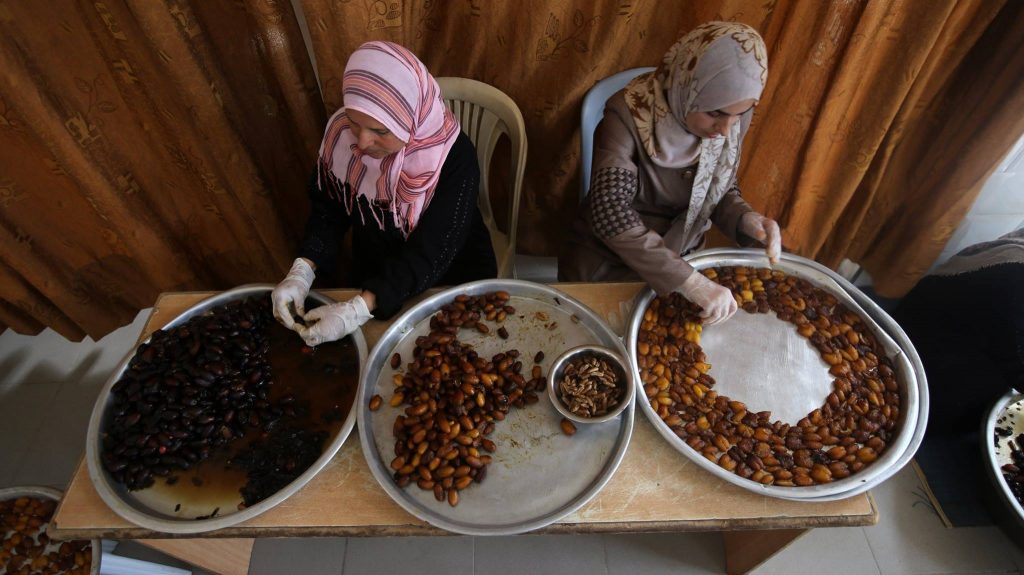 In 2018, some of the women traveled to Jericho to learn about palm date management and additional methods for making date paste. They met with members of the West Bank Businesswomen Forum, as well as several suppliers. Representatives of one company they met with, which specializes in sale of agricultural products, expressed interest in marketing their product in the West Bank. “One businesswoman we met was also interested in purchasing the date pits,” says Abu Mandil. “She uses the pits to make a coffee-like drink.”

Having discovered the potential for growth which could be made possible with access to a new market, the women began thinking about how to tap into it. “We were surprised to discover that date paste from Gaza cannot be sold in the West Bank,” Abu Mandil explains, referring to Israel’s policy. “It’s so odd that fresh dates can be sold, but date paste is considered a ‘processed food,’ so it’s banned, even though these are just dates that have been dried and packaged, and some of them ground. Where is the logic in that?”

Abu Mandil says that the company has reached the point where it cannot expand further and employ more women as long as its sales are limited to the Gaza market. The West Bank market is more profitable than Gaza, where unemployment in the last quarter of 2019 was more than triple that of the West Bank. “In the West Bank, a kilo of date paste is sold for 13-14 ILS [almost 4 USD per 2.2 pounds], which means we would double our profits,” says Abu Mandil. “We are determined to find a way to sell in the West Bank.”

For 13 years, Israel has imposed a blanket ban on the sale of Gaza-made food products in Israel and the West Bank, which used to be Gaza’s most important markets. Before Israel tightened the closure on Gaza in 2007, 80 percent of processed foods made in the Strip were sold outside it, mostly in the West Bank and Israel. There is no reason to limit the potential of Balah Falastin and other companies and small businesses in Gaza, which deserve to expand their horizons beyond the local market. Israel must remove the arbitrary restrictions it enforces to allow Gaza’s industries to grow, develop and prosper. 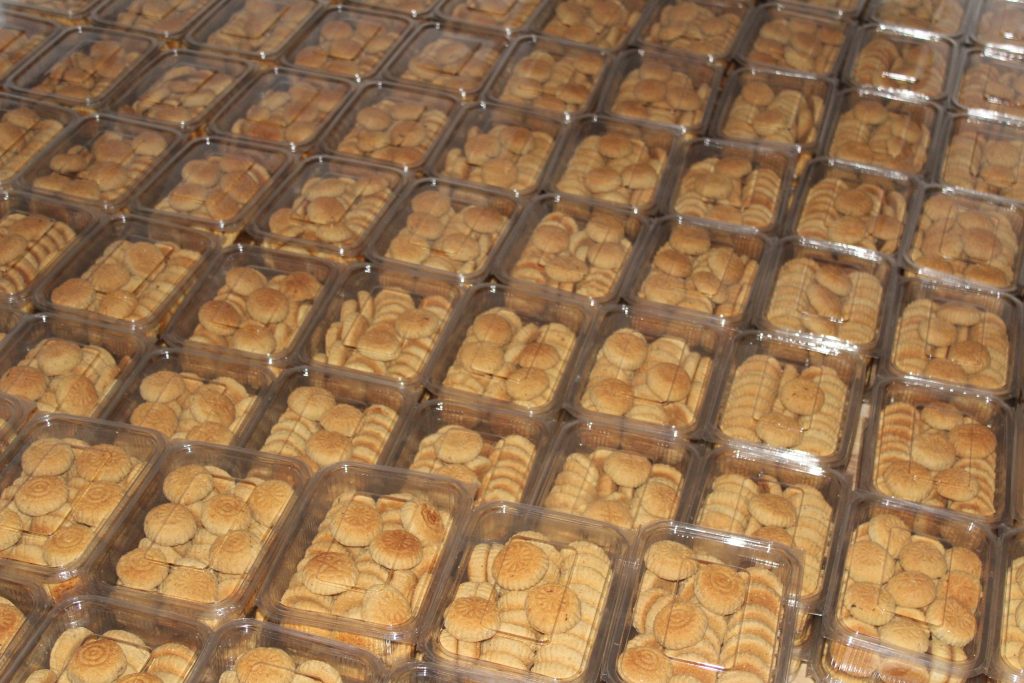