Since the last escalation in hostilities, which began on May 10, and more than a month after the ceasefire, Israel has continued to enforce a series of measures restricting access and movement to and from Gaza.

The ongoing restrictions on travel, transit of goods, and on the fishing zone deliberately harm Gaza’s economy and the functioning of civilian infrastructure, including its healthcare system, violating residents’ rights to life and dignity. Israel’s conduct is an abuse of its control over the crossings, constituting illegal collective punishment. Israel not only continues to ignore its legal and moral obligations towards Gaza’s residents, it is purposefully obstructing reconstruction and rehabilitation following yet another destructive military operation.

Fuel for the power plant

Starting on May 11, Israel banned the entry of fuel for Gaza’s power plant, which resulted in a reduction to the overall power supply available to residents of the Strip and threatened the proper functioning of hospitals and other basic services such as water distribution and sewage treatment.

On Monday June 28, Israel allowed industrial diesel for the power plant to enter via Kerem Shalom for the first time since the escalation. According to sources at the crossing, twelve truckloads of diesel for the power plant entered the Strip on Monday. Entry of diesel continued on Tuesday and Wednesday. As a result, three of the power plant’s four turbines are now being operated, after a prolonged period in which only two of them were active, running on fuel purchased from Gaza’s private sector, which entered from Egypt.

With an additional turbine in operation, power supply to Gaza’s residents has improved, and they now receive power in cycles of eight hours on, eight hours off. As of June 30, the total electricity supply in Gaza stands at 188 megawatts (66 MW from the power plant and an additional 122 MW delivered through direct power lines from Israel). This level of supply still falls far short of the overall demand for power in the Strip, which is estimated at between 400 and 450 MW depending on weather and other conditions.

Shipping goods for sale in the West Bank and Israel

On June 22, Gaza produce was shipped for sale in the West Bank for the first time since the start of the military operation. On June 23, Israel announced it would allow the sale of Gaza produce the West Bank but conditioned the exit of tomatoes on the tomato stems being removed, a stipulation that imposes added costs and reduces their products’ shelf life. Israel later withdrew the demand following pressure from Gaza farmers and suppliers and their refusal to ship out all agricultural goods due to the additional demand. However, Israeli authorities said that starting August 1, they would again demand the removal of the tomato stems. Yesterday, June 30, 200 tons of tomatoes and 100 tons of other vegetables exited the Strip for sale in the West Bank. Today, July 1, an additional 50 tons of tomatoes exited to the West Bank.

On June 29, Israel also announced that it would restore the marketing of fish from Gaza in the West Bank, and today, the first shipment of fish exited the Strip via Kerem Shalom.

It is still unclear to farmers and traders from the Strip whether Israel will restore marketing of Gaza-grown produce in Israel as well.

Until May 11, Israel allowed limited shipments of Gaza-grown and -made goods through Kerem Shalom Crossing for sale in Israel and the West Bank: Gaza-grown tomatoes and eggplants could exit and be sold in Israel, subject to Israeli-imposed quotas, as could textiles, furniture, and scrap metal. In the West Bank, additional types of agricultural produce as well as fish were also permitted.

After shutting down Kerem Shalom Crossing almost completely for two weeks during the escalation, Israel continued the ban on exit of goods from Gaza well after the ceasefire with Hamas came into effect on May 21. The prolonged block on exit of goods causes heavy losses for Gaza residents and the local economy. According to the Ministry of Agriculture in Gaza, from May 11 and until yesterday, Israel’s ban on commercial shipments out of Kerem Shalom resulted in losses in the agricultural sector totaling 17.8 million USD.

According to the Ministry of Agriculture in Gaza, on June 28, fertilizers and agricultural equipment entered the Strip for the first time since Israel closed Kerem Shalom on May 11. On June 27, materials for the food processing industry were allowed to enter for the first time, including packaging materials such as containers, paper and plastic. Cleaning products were also allowed in on that day.

Additional materials and equipment needed for the fishing and farming sectors in Gaza have not yet been cleared for entry. Our contacts in Gaza say that Israeli authorities frequently change their position about which farming equipment can enter the Strip, posing further difficulties and delaying the entry of essential materials. Israel continues to deny entry of construction materials into the Strip, including cement and gravel, causing significant delays in reconstruction efforts after the latest military attack on Gaza. 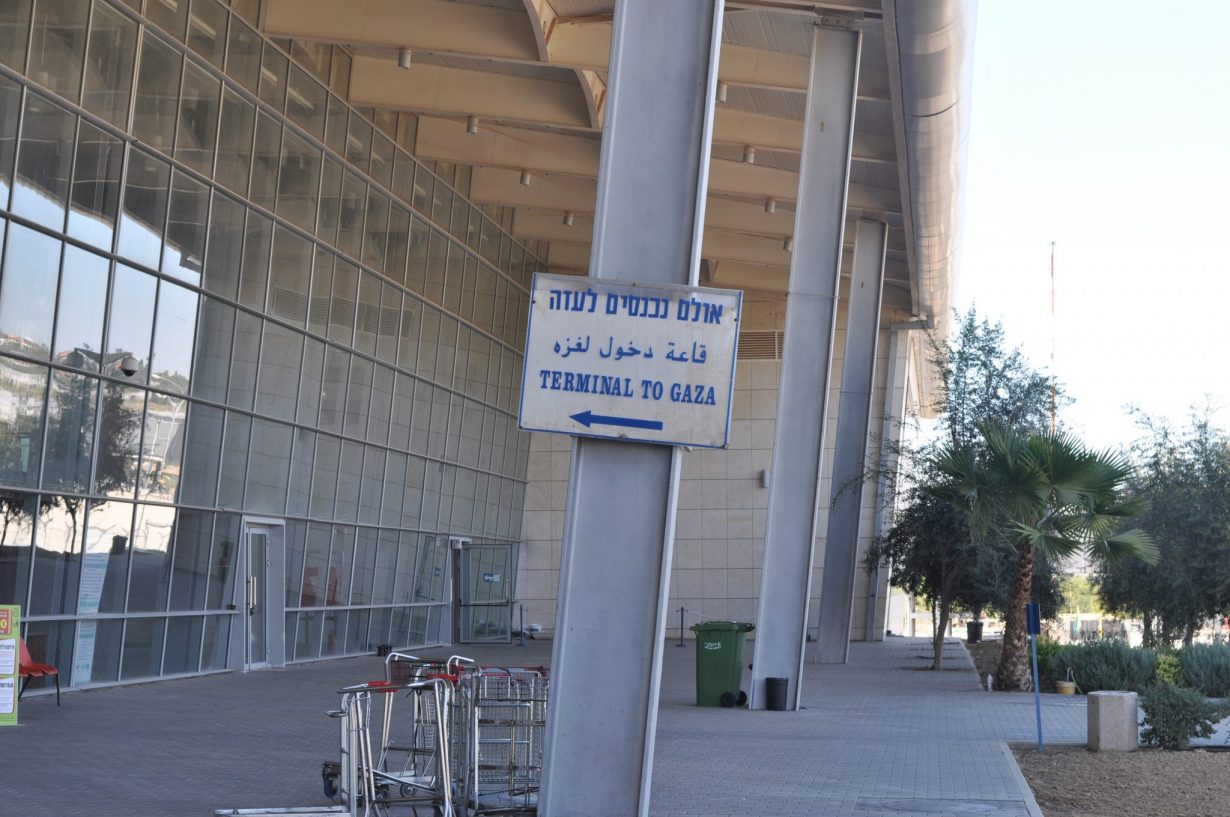 Travel to and from Gaza is even more restricted than it was prior to the escalation, and still subject to restrictions imposed by Israel as part of the “coronavirus closure” it has enforced at Erez Crossing since March 2020. Only patients in need of critical medical treatment and a few other cases may exit the Strip via Erez Crossing.

On June 28, Israel permitted the return of Gaza residents stranded in Jordan and other countries, who had been barred from accessing their homes given the added Israeli restrictions at Erez. On June 3, Israel allowed cancer patients to travel out of Gaza for critical medical treatments, after denying it for weeks, in severe violation of their fundamental rights to life and to health.

When hostilities began, Israel stopped mail delivery into and out of Gaza via Erez Crossing. Beginning June 21, Israel allowed stacks of mail that had accumulated at Erez Crossing to enter Gaza. Since June 29, outgoing mail has been permitted too.

Gisha demanded that the restriction on postal delivery be lifted given the severe violation of Gaza residents’ basic rights to property and dignity and the increased infringement on their right to freedom of movement. The restrictions on mail delivery blocked the transit of Palestinian passports to and from foreign consulates located outside the Strip, as well as from Palestinian government offices in Ramallah. Gaza residents scheduled to travel via Rafah Crossing were forced to cancel urgent trips abroad for medical treatment, family unification, study, and work. 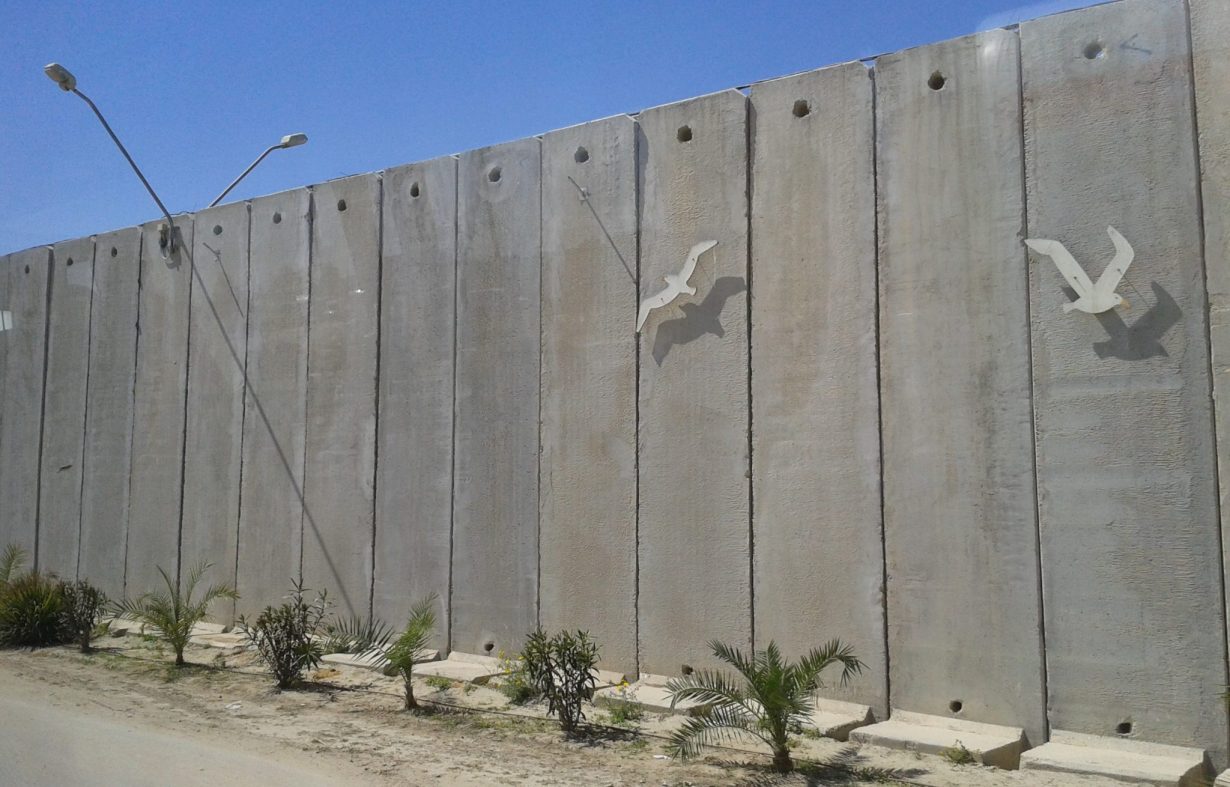