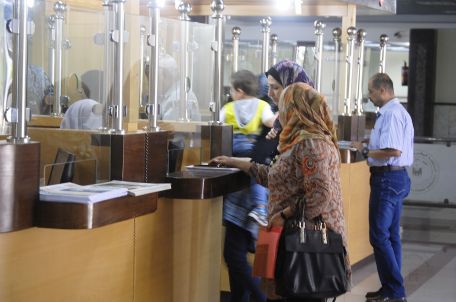 Tuesday, May 23, 2018. Last weekend, Egypt announced that Rafah Crossing would remain open for the duration of the month of Ramadan. The crossing has been open for travel to and from Gaza since May 12, with 4,388 exits from Gaza and 527 entries over the course of the first ten days (May 12 to 21). An additional 622 people seeking to exit Gaza were denied passage for various reasons and turned back by the Egyptian crossing authorities.

The Ministry of Interior in Gaza announced the reopening of registration for exit through Rafah Crossing for the first time since November 2017. Individuals eligible for registration are those holding Egyptian or foreign passports, medical patients with treatment referrals, and persons in possession of a foreign visa for academic studies, work, or those with families abroad.

Kerem Shalom Crossing is gradually resuming operations, after protestors ransacked facilities on the Palestinian side of the crossing on three separate occasions. Last Thursday, Palestinian and United Nations officials visited the crossing to assess the damage.  On Sunday, the crossing remained closed for the Jewish holiday of Shavuot. Beginning Monday, though infrastructure had not yet been repaired, fuel and cooking gas were again brought in through the crossing. Gravel, animal feed and grain, normally transported through a conveyor belt, were brought into Gaza via alternative means, as the conveyor belt is still not functional.

Erez Crossing was also shut down for the Jewish holiday on Sunday. Other than a quota of 200 permits exclusively for staff members of international organizations, Israel did not announce special “gestures” for Ramadan to allow Palestinian residents of Gaza to visit family or holy sites, unlike in some previous years. In addition, 500 of the nearly 2,000 permits for traders held by Gaza businesspeople and manufacturers have expired and it’s unclear if and when they will be renewed.