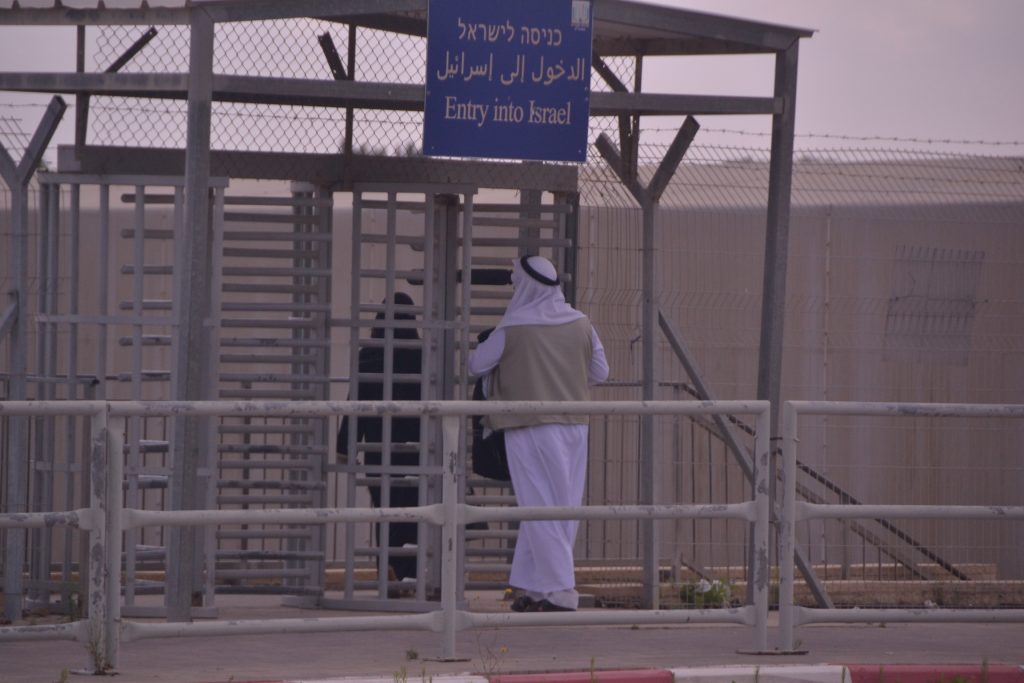 August 13, 2020. On Monday evening, Israel announced that it would begin restricting entrance of goods, other than fuel and humanitarian aid, at Kerem Shalom Crossing starting Tuesday (11.8), in response to incendiary objects being launched from Gaza into Israel. Yesterday, in addition to the restrictions on entrance of goods, Israel began limiting the fishing zone to eight nautical miles from shore. Today, it decided to begin restricting entrance of fuel to the Strip, including fuel needed to run Gaza’s only power plant. Gisha strongly condemns these acts of blatant collective punishment, which have absolutely no connection to concrete security needs.

According to the Palestinian Coordination Committee for the Entry of Goods, on Tuesday about 350 trucks were to be blocked for entrance, carrying items such as cement, wood, steel beams, gravel, tiles, glass and aluminum for the construction and industrial sectors in the Strip. According to a contact in the furniture industry in Gaza, “four truckloads carrying assorted wood products for the furniture sector were meant to enter via Kerem Shalom. It’s too early to say what the damage will be to the economy, but it’s clear that the blow to the sector will be a heavy one.”

Rafah Crossing, which last opened in May, was open from Tuesday through today for return of Gaza residents stranded abroad as well as exit of select categories of people. It was expected that about 2,000 people would enter over the course of the week. On Tuesday, 396 people crossed from Gaza to Egypt and 500 entered Gaza from Egypt. According to the Interior Ministry in Gaza, the people authorized to request permission to cross into Egypt included medical patients with referrals to Egyptian hospitals and individuals with foreign residency and citizenship. Salah a-Din Gate, through which a limited number of goods enter Gaza via Egypt, was operating as usual this week.

According to the guidelines of the Ministry of Health in Gaza, each individual entering the Strip, whether via Israel or Egypt, must undergo 21 days of mandatory quarantine in a government-run facility, during which time he or she is tested for the coronavirus three times. The MoH expressed concern that a high number of individuals returning from Egypt via Rafah could test positive for COVID-19. Until now, 81 people have been verified carriers of the virus, 71 of whom have recovered, one died. Nine individuals are still active carriers, all of whom are in isolation and receiving treatment.

Erez Crossing has remained virtually closed since early March. A small number of seriously ill patients, their companions, and a few other “urgent humanitarian cases” have been able to travel through the crossing. Israel is refusing to process applications for travel other than urgent medical cases, citing the coronavirus lockdown and also problems with Palestinian Authority coordination.  In recent weeks, Gisha, together with partner organizations, has demanded that the Israeli authorities immediately remove restrictions on movement of people to and from Gaza imposed under the guise of the pandemic.

Due to rising temperatures and increased demand, the supply of electricity available to residents of the Strip has dropped recently. According the United Nations, daily supply stands at about 10 hours total per day and is expected to drop even further should entrance of fuel continue to be blocked.