According to information received by Gisha, entry of mail into Gaza will continue today. Israel continues to block exit of mail from the Strip.

According to media reports, the Coordinator of Government Activities in the Territories (COGAT) announced on Sunday evening that Israel would allow limited exit of agricultural goods from the Gaza Strip to the West Bank and abroad. Israel is reportedly continuing to prohibit any shipment of Gaza produce for sale in Israel. Yesterday, Monday, mail stuck at Erez was cleared for delivery.

According to contacts in Gaza, some commercial transit of goods out of Gaza will resume, for now only to the West Bank, and subject to ongoing Israeli-imposed restrictions that have severely undermined Gaza’s economy and the basic rights of its residents. Ad-hoc permission was given for about 17 truckloads of Gaza-made textiles ordered by Israeli companies to exit the Strip after extensive delays due to Israeli-imposed restrictions at Kerem Shalom Crossing. The Palestinian Civil Affairs Committee (PCAC) in Gaza was told by the Israeli authorities that exit of agricultural produce would be permitted, but only destined to the West Bank. Due to the late announcement on Sunday, no shipments were coordinated for Monday, and the goods will only begin exiting today.

According to different sources, Israel cleared entry of mail that had been piling up at Erez, but is apparently continuing to enforce a ban on transit of mail to and from the Strip. In two letters sent in recent weeks to Israel’s Minister of Defense, COGAT, and the Communication and Mail Staff Officer, Gisha demanded that the restriction on postal delivery be lifted given the severe violation of Gaza residents’ basic rights to property and dignity and the increased infringement on their right to freedom of movement. As reported in Haaretz, the restrictions on postal delivery to and from Gaza have blocked the transit of Palestinian passports to and from foreign consulates located outside the Strip, as well as from the Palestinian government offices in Ramallah. As a result, many Gaza residents scheduled to travel via Rafah Crossing have been forced to cancel urgent trips abroad for medical treatment, family unification, study, and work.

According to the PCAC, a list of Gaza residents stranded in Jordan and other countries, who unable to return to Gaza via Erez Crossing is being compiled, with more than 200 names already on the list. It is still unclear when exactly Israel will allow them to return home via Erez and Allenby Bridge crossings.

Israel shut down the Erez and Kerem Shalom crossings for travel and transit of goods to and from Gaza on May 11, as the most recent escalation began. A month after the ceasefire went into effect on May 21, it continues to enforce a ban on entry of fuel for Gaza’s power plant, and to block the entry of construction and other raw materials needed for industry as well as  exit of goods. The “fishing zone” Israel enforces in Gaza’s sea space is still limited to a maximal distance of six nautical miles, a significant reduction compared to the limit in place prior to the escalation (15 nautical miles).

Until May 11, Israel allowed limited shipments of Gaza-grown and -made goods through Kerem Shalom Crossing for sale in Israel and the West Bank. Gaza-grown tomatoes and eggplants could exit and be sold in Israel, subject to Israeli-imposed quotas, as could textiles, furniture, and scrap metal. In the West Bank, in addition to the above, the sale of fish and additional produce from Gaza, such as pepper, zucchini, and strawberries, was also permitted. The current ban on exit of goods from Gaza is causing severe harm to Gaza’s agriculture sector and its economy in general. The Ministry of Agriculture in Gaza reported on Sunday that farmers and traders have already suffered 16 million USD in losses as a result of the ban on exit of goods from Kerem Shalom. No goods exit Gaza via the Egyptian border.

The ongoing restrictions imposed by Israel at the Erez and Kerem Shalom crossings constitute prohibited collective punishment of Palestinians living under occupation in Gaza. Israel continues to abuse its control over the crossings. It must open the crossings immediately, lift restrictions on access to the sea, and allow exit and entry of all that is needed to facilitate normal living conditions and reconstruction in the Strip. 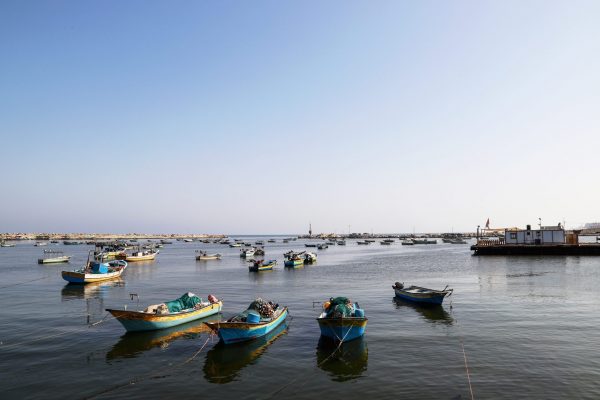