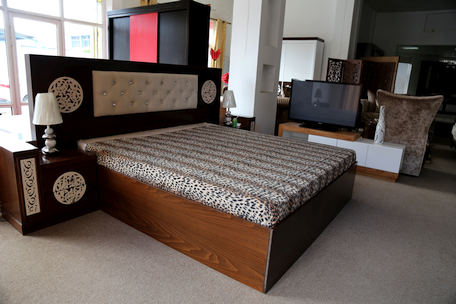 April 13, 2015. The Coordinator of Government Activities in the Territories (COGAT) announced (Hebrew) in late March that lumber pieces that are 20 to 25 centimeters wide and more than 5 cm thick had been put on the “dual-use” material list, meaning that they are no longer permitted to enter the Gaza Strip, “unless a specific permit had been issued by the Gaza District Coordination Office (DCO)”.

Israeli news website Walla! reported (Hebrew) that COGAT had decided to limit the entrance of lumber as it had been “widely used” for the construction of tunnels. Israel has been restricting the entrance of construction materials to the Gaza Strip ever since 2007, claiming that they can be used by terrorist organizations for military purposes. Since the introduction of a three-sided control mechanism (Israeli-Palestinian-United Nations), there have been a number of news reports quoting military officials (Hebrew) as saying tunnels can be built without concrete as well.

International organizations report that they are not sure how they are expected to coordinate lumber shipments for their projects. Palestinian sources have told Gisha that although the ban does not officially apply to planks that are less than 5 cm thick and are destined for private sector contractors, officials on the Israeli side of Kerem Shalom Crossing have barred trucks carrying this type of lumber from entering or insisted on special checks, despite the fact that the shipments had been coordinated and approved in advance.

Despite statements made by senior politicians and security officials in support of advancing the Palestinian economy as a means of ensuring stability to the region, actions on the ground are achieving the opposite. Israel must distinguish between legitimate security challenges and the duty to allow the population to lead a normal civilian life.