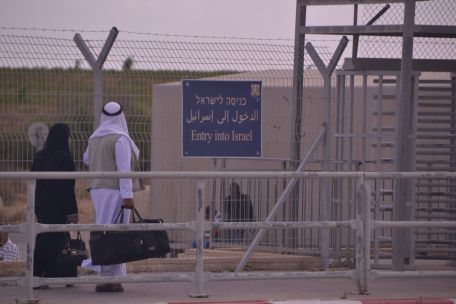 May 25, 2017. Ahead of the holy month of Ramadan, due to begin this Saturday, Israel has announced it will reinstate limited travel from Gaza to al-Aqsa Mosque in Jerusalem for Friday prayers. Exits for Friday prayers were discontinued last December.

According to the Civil Affairs Committee in Gaza, Israel informed the committee that one hundred worshippers aged 55 years and above would be permitted to exit Gaza and travel to Jerusalem each Friday. The committee has a list of some 17,000 individuals who have applied to receive permits to travel and worship at al-Aqsa.

For the month of Ramadan only, Israel will also allocate 300 additional travel permits for members of “special groups” (employees of the Red Crescent, labor union members, and staff of international organizations) who are married, and at least 50 years of age. The exit of worshippers holding permits is allowed on the condition that they travel with a delegate of the Civil Affairs Committee, and the permits themselves are time-bound. Shuttles from Erez Crossing are expected to depart for Jerusalem each Friday at about 7 a.m. and return at 3 p.m. Civil Affairs Committee personnel say officials from the office of the Coordinator of Government Activities in the Territories (COGAT) have warned them that failure, by any of the worshippers, to meet the conditions set by Israel will result in revocation of all permits given to worshippers for the month of Ramadan.

Exit permits for Friday prayers were made available in October 2014. After Operation Protective Edge, COGAT installed a weekly quota of 200 permits for worshippers, given only to individuals aged 60 years and above. A separate weekly quota of 100 permits was set aside for employees of UNRWA to exit Gaza for Friday prayers. In early December 2016, travel for prayers was cancelled on the grounds that some of the worshippers had failed to return to Gaza on time.

Unlike in the previous two years, no special quota has been allocated this year to residents of Gaza for visiting family during Ramadan. This type of permit was extremely limited to begin with, and has now been cancelled altogether. Almost a third of Gaza residents have family in the West Bank and/or in Israel. The vast majority of these families cannot meet, not during Ramadan, and not at all, other than in exceptional humanitarian circumstances.

Though this renewal of Friday prayer permits is likely to be portrayed as a gesture of goodwill toward the Palestinians, it actually signifies a tightening of the closure on Gaza. On top of the stringent criteria for eligibility to exit Gaza, quotas of prayer permits have now been cut in half. The violation of the rights to freedom of movement and freedom of religion, and the threat of collective punishment if conditions are not met by individual worshippers, only emphasize the punitive and arbitrary nature of the permit regime, as well as the depth of Israel’s continuous control over the Gaza Strip.