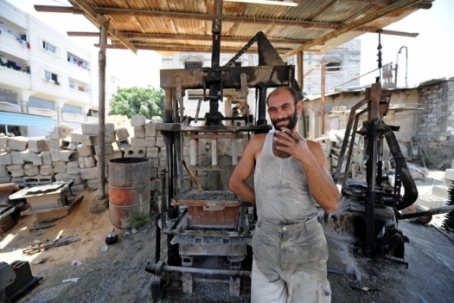 Everyone is talking about the need to rebuild Gaza and give its residents economic hope. Photo: Karl Schembri

In the first seven years of the closure, many decisions the security establishment made were informed by the concept of the separation policy. What the policy means is open for interpretation, as its details were never published, and it was never subjected to open debate. Minor changes in the policy, made over the years, have been reversible, and indeed were revoked as punitive measures whenever the Israeli defense ministry saw fit to do so. The substance of the policy, however, has not changed, and it remains the prevention of movement between the Gaza Strip and the West Bank.

Ever since the cease fire agreement of August 26, 2014, the discourse has shifted once again. Everyone is talking about the need to rebuild Gaza and give its residents economic hope. For the first time since it tightened the closure in June 2007, Israel announced that it would permit the sale of goods from Gaza in the West Bank. Additionally, a mechanism that is meant to allow a regular supply of construction materials has been set up. At first glance, this seems to be a dramatic shift. However, six months after the cease fire went into effect, the impact these changes have had on the ground remains minor. Now is the time substantiate the claim that if Palestinian society is to have social, economic and cultural ties, residents of the Palestinian territory must have uninterrupted access between its two parts, and particularly the claim that Gaza cannot sustain a functioning economy without a connection to the West Bank.

In this paper, Gisha seeks not only to show the potential such a connection has for Palestinian economic recovery but also to demonstrate that this connection is essential for recovery. The conclusions presented in the paper provide tools for those who come into contact with decision makers, allowing them to outline how promoting Palestinians’ human rights can be productively incorporated into laying the foundation for a future peace agreement.

*An earlier version of the report included an error in the graph on page 7. The graph depicts the real number of trucks exiting Gaza.