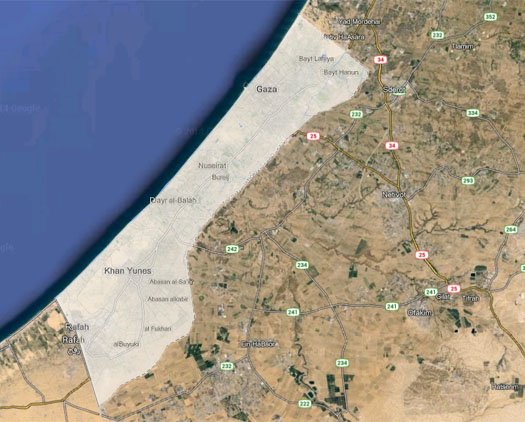 A report recently published by Human Rights Watch propelled Major Peter Lerner, the IDF spokesperson’s foreign press officer, into action. The HRW report examines the use of live fire in the “buffer zone”, an area inside the Gaza Strip Israel considers off-limits to Palestinians. Lerner told Agence France Presse (AFP) that the “‘the 100-meter (yard) limit’ from the border fence… was ‘known and widespread’”, and that, “people approaching the fence are putting themselves at risk”.

The IDF Spokesperson’s Office also said in the past that Gaza residents know where the buffer zone is and that the Israeli army notifies them through flyers and “liaison and coordination officials”. Relying on figures collected by the United Nations, HRW reported that four Palestinian civilians have been killed and sixty injured in areas near the fence so far in 2014. Gisha has no knowledge of any flyers being distributed recently that warn Palestinians about entering the area. In any case, it’s not clear how Gaza residents are expected to know what areas they’re forbidden from entering if army officials themselves cannot agree.