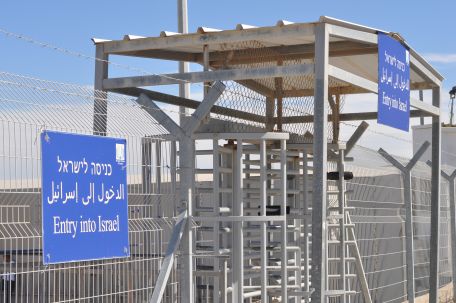 December 14, 2017. Israel announced that it has closed Gaza’s crossings for regular travel: Kerem Shalom Crossing, Gaza’s sole goods crossing and Erez Crossing, Gaza’s sole crossing for people traveling between Gaza and the West Bank and Israel. Palestinian officials informed Gisha that Israel announced the closing of the crossings last night at around midnight.  According to a statement (Hebrew) by the Israeli Land Crossing Authority, the move was made “in the wake of firing [of rockets] from the Gaza Strip into Israel.” The statement noted that Kerem Shalom will operate only for the transfer of gas and fuel, while travel through Erez Crossing will be restricted to foreign nationals, Israeli citizens and urgent medical cases.

Targeted or indiscriminate rocket fire on civilian population centers is a war crime and a violation of international law. At the same time, this does not justify collective punishment of the civilian population of Gaza, which also constitutes a serious violation of international law regarding protection of civilians. The day-to-day lives of two million residents of Gaza are dependent on the regular functioning of the crossings. Gaza residents rely on the crossings for entrance of basic supplies, including humanitarian aid, and for trade and livelihoods. The continued closure of Rafah Crossing by the Egyptian authorities, as well as Israel’s closure of all sea and air routes to and from Gaza, only augment the importance of the land crossings between Gaza and Israel. The closing of Gaza’s crossings must not be used as an act of punishment.