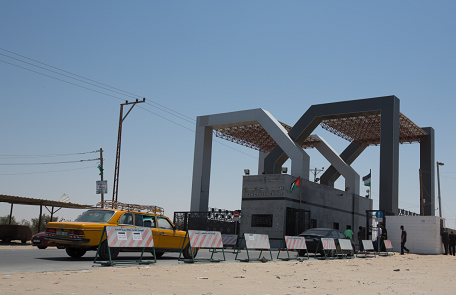 December 24, 2014. Rafah Crossing closed today for travel between Gaza and Egypt. The crossing was opened on Sunday, after 57 days during which Palestinians were not allowed to exit Gaza for Egypt.

Over the past three days, Rafah Crossing was open for exit by individuals holding foreign residency status, medical patients and students, as well as for the entry of Palestinians into Gaza. Over the last two months, not a single exit by a Palestinian from Gaza to Egypt has been recorded at the Rafah crossing, compared to a monthly average of about 20,000 exits during the first half of 2013, before travel through Rafah became increasingly restricted.

The crossing was open for three days in late November and on December 1 to allow entry from Egypt. In November, 2,688 entries into Gaza from Egypt were recorded at Rafah, approximately 13% of the monthly average of entries during the first half of 2013.