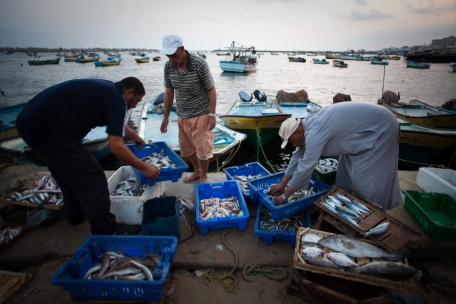 July 6, 2014, Israel has reduced the fishing zone along Gaza’s coast from six to three nautical miles from shore. We are not aware that any explanation has been given for this reduction, nor whether it is permanent or temporary.

This is the fourth time since Operation Pillar of Defense in November 2012 that Israel has changed the fishing limit off Gaza’s coast. The distance has been six nautical miles since May 21, 2014. The IDF Spokesperson said then that the previous restriction had been imposed “due to the firing of a rocket from Gaza toward southern Israel”.

Meanwhile, continued additional travel restrictions continue to be imposed at Erez Crossing, which is open only to medical patients, foreign citizens, and about 60 Palestinian traders from Gaza. Travel through Erez has been further restricted since June 13, a day after three Israeli youths were abducted and murdered in the West Bank. As of today, Israel also introduced addition restrictions on movement of goods through Kerem Shalom Crossing – access was allowed only for food items, vegetables, fruit, wheat, animal feed and fuel entering the Gaza Strip. Israeli news website Ynet reported that movement has been restricted “due to rocket fire” (Hebrew). Instead of 349 truckloads ordered by Palestinian businesses in the Gaza Strip, permission was given for entrance of only 170 truckloads of goods. Export is prohibited altogether, this time not because of malfunctions with the security scanner.

The security establishment has not explained why the new access restrictions have been imposed and how long they are expected to last. Gisha cautions that using access restrictions to apply pressure on Gaza’s civilian population constitutes collective punishment in breach of international law.