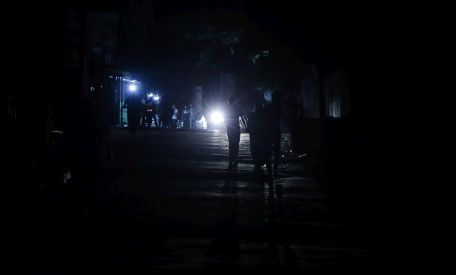 July 12, 2017. Palestinian telecommunication company Paltel announced yesterday that telephone and internet services had been cut off in many parts of Gaza City, as one of its generators, used to run several splitters, had broken down. The malfunction caused disruption to services on about 10,000 telephone lines and 8,000 internet lines. The company cautioned that these numbers were likely to rise.

Khalil Abu Salim, CEO of Paltel’s Gaza branch, told Gisha’s field coordinator that the malfunction was caused as a result of overextended use of generators to compensate for the ongoing electricity shortage. Technicians were said to be undertaking provisional, urgent repairs, but their efforts are being impeded due to severe shortages of spare parts, which Israel restricts from entering Gaza.

When the most recent escalation in the electricity crisis began three months ago, Paltel ordered forty generators to compensate for the reduced power supply. Fourteen of these were denoted as essential and Paltel requested that the Israeli authorities allow their entry to Gaza urgently. To date, only one generator has been approved for entry.

Abu Salim remarked: “Our generators have been working for more hours than is sustainable going on three months now. Some work for 14 hours straight, which causes wear and malfunctions. It’s hard to know which generator will crash next, and the current heat exacerbates the overexertion.” Paltel requested that Israel allow the entry of generators and parts for maintenance as quickly as possible, but has yet to receive a response. The company also warned that without backup supply and spare parts, disruptions could spread, threatening to leave the entire Gaza Strip without communications services.