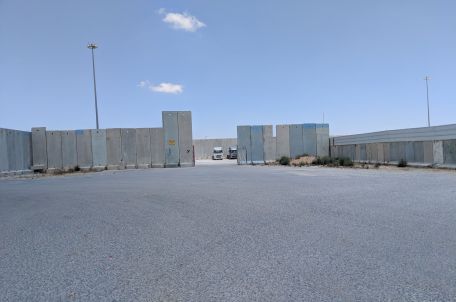 July 24, 2018. Defense Minister Avigdor Lieberman announced this morning that Israel will allow fuel and cooking gas to enter the Gaza Strip. As of the writing of this update, six truckloads of cooking gas and four truckloads of diesel had entered the Strip.

Two weeks ago, on July 10, Israel closed Kerem Shalom Crossing to movement of goods to and from the Gaza Strip, except for entrance of food, medicine, livestock, animal feed, and fuel. The following week, on July 17, Israel stopped the entry of fuel and cooking gas. Amidst Gaza’s chronic electricity shortage, the stoppage of fuel meant depleting the emergency reserves of hospitals, clinics and other civilian infrastructure.

The decision to limit activity at Kerem Shalom by Israel can only be defined as collective punishment. The defense minister hasn’t been shy about this and even made a statement calling on residents of Gaza to put pressure on the Hamas leadership if they want life to return to “normal.”

In addition to severe restrictions on the only commercial crossing for passage of goods to and from the Gaza Strip (a nominal amount of goods also enter Gaza via Egypt), Israel further reduced the permitted fishing zone to three nautical miles from shore. Israel usually allows fishing up to six nautical miles, and twice a year in certain areas, up to nine miles. Previously signed agreements would have seen fishing permitted up to 12 or even 20 nautical miles. As a result of over-fishing in a very limited area, fish stocks are depleted and the fishing sector in Gaza, once more robust, suffers as a result.

To put things into context, it is worth remembering a few things:

The situation is complex and can seem muddled but what should be obvious to everyone is that imposing punitive measures on millions of civilians will not lead to peace and prosperity; such measures are moreover illegal and unjustified. We all deserve much better.