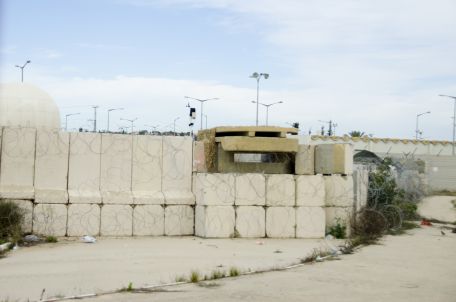 February 23, 2017. The number of exits of Palestinians through Erez Crossing in January 2017 has decreased by 44% compared to January 2016. A total of 8,669 exits were recorded at Erez in January, more than half of them by merchants (4,419 exits). Only a tiny percentage of Gaza’s residents are permitted to travel through Erez Crossing, Gaza’s main gateway to the rest of the world, to begin with. This small gateway is now getting narrower still.

Figures on travel via Erez Crossing show a drop of 29% in exits in January compared to the monthly average in 2016. The number of exits by merchants dropped by 33% compared to the monthly average during 2016. A decrease in exits has been observed in other travel categories as well, for instance: patients traveling for medical treatment and the persons accompanying them.

These grim numbers reflect a regressive trend of increasing restrictions on access to and from Gaza, which Gisha has been following and reporting on for months. The decline in movement through Erez curbs the growth of various economic sectors, disrupts everyday life and hampers hopes for future improvements.

The number of people traveling through Erez in recent months is similar to the number documented in November 2014, when, following Operation Protective Edge, Israel declared it would “mobilize” for Gaza’s economic rehabilitation and alleviate restrictions on movement. In recent months, breast cancer patients in Gaza have protested the “security blocks” that deny them  exit for treatment and merchants have demonstrated against the cancellation of their exit permits. There are currently only 1,236 valid merchant permits in Gaza out of a 5,000 permit quota, in comparison to 3,500 permits that were valid in January of 2016.

Further restriction of the limited freedom of movement causes added injury to the infringement of rights of residents of the Gaza Strip, harms the Palestinian economy and exacerbates regional instability.  The decline in movement of people also contradicts Israel’s obligation to allow Gaza residents to lead full, normal lives. Reconstruction and growth are not possible without freedom of movement and no progress on this front can only mean regression.