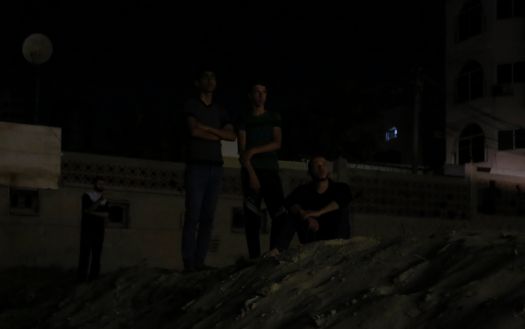 * The text below is relevant to the day of its publication. For an updated version of the FAQ: See here.

Where does Gaza get its electricity?

Gaza receives electricity from three sources: Israel, which sells Gaza electricity and deducts the payment from the tax money it collects on behalf of the Palestinian Authority (PA), Gaza’s sole power plant located near Gaza City, and Egypt.

How much electricity does Gaza currently get?

In normal circumstances, Israel sells Gaza 120 megawatts of electricity; the power plant produces around 60 MW (that is, if enough fuel to operate it comes in from Israel through Kerem Shalom), and Egypt provides additional 28 MW. This brings the daily total to 208 MW. Currently, the power plant in Gaza is operating using fuel purchased from Egypt, producing 50-55 MW. Israel has reduced the volume of electricity it sells to the Strip to 72 MW, and Egypt is selling 28 MW, though there have been frequent disruptions on the Egypt lines due to what are described as technical malfunctions. The electricity currently available to the Strip is 150-155 MW in total. This translates to between four and six hours of power, followed by 12-hour cut.

How much electricity does Gaza actually need?

Estimates of demand run between 400-500 MW, depending on the time of year and how active industries could be in theory. The normal supply of 208 MW allows for only about eight hours of electricity, followed by eight hours of blackouts, for a total of about 12 hours of supply per day. So even in “normal” circumstances, Gaza still receives less than half of what it needs. Without a consistent supply of electricity, it is impossible to provide sufficient health, education and welfare services, to treat sewage, to desalinate water for consumption, to operate household appliances, to have working industries, businesses and a functioning economy.

Why can’t Gaza produce its own electricity?

From 1967 to 2002, Gaza was dependent on electricity supplied by Israel and Egypt. In 2002, Gaza’s power plant became operational, but it remains the sole power plant for a population of almost two million. The plant’s production capacity was 140 MW when it was built, as it was only meant to provide electricity to Gaza City and its vicinity.  At no point was it possible for it to meet the needs of the entire population of the Gaza Strip. The plant reached production of 90 MW, in 2006. That same year, the power plant was bombed by Israel, destroying six of its transformers and its fuel reservoir. Even after repairs, the plant today is capable of producing around 110 megawatts at most but shortages of fuel, whether for funding and/or political disputes have limited the production to around 60 MW. The power plant depends on the supply of fuel (about 700-750,000 liters of diesel are required daily for the plant to run at this capacity) purchased from Israel.

The power plant was again bombed during Operation Protective Edge 2014 and repair was delayed for several years due to Israel’s restrictions on the entry of equipment and parts needed. Gaza’s inability to produce its own electricity in sufficient quantities is a direct result of prolonged Israeli control and restrictions on entrance of materials and equipment, as well as limitations on economic activity.

What is the background on the decision of the PA and Israel to cut supply of electricity?

At the moment, Gaza’s power plant is completely out of commission, and has been since mid-April. A dispute between the Palestinian Authority and the de facto Hamas authorities over fuel taxation has impeded the plant’s standard operations, since funds donated by Turkey and Qatar designated for purchase of fuel were exhausted. With the power plant not working, Gaza’s already limited electricity supply has been cut, leading to power cycles of four hours on, 12 hours off. With the power plant shut down, Gaza’s only sources for electricity are Israel and Egypt. The PA announced that it no longer wants to pay for the electricity purchased from Israel, and has asked Israel to reduce the amount of electricity sold to Gaza by 40 percent. Given that between 80 to 100 percent of the electricity available to residents of Gaza is currently being sold and supplied by Israel (the exact amount depends on fluctuating supply from Egypt), a reduction could have disastrous results for Gaza.

According to reports, the Israeli Security Cabinet decided to reduce Gaza’s electricity supply, at the request of the PA. It is not clear yet when or how the decision will be implemented.

Isn’t it the PA’s decision to cut supply? What does Israel have to do with it?

Even if the PA asks it to do so, Israel has its hand on the switch and would be complicit in and accountable for the certain devastation that would occur in the Strip as a result of further interruption in supply. Israel committed before the High Court of Justice to maintain supply of electricity to Gaza in such a way as to not cause a humanitarian crisis.

What are the implications of reducing Gaza’s electricity supply?

Reduction in supply means putting Gaza residents at risk, and subsequently endangering the lives of Israelis as well. It means an impending humanitarian crisis in the Strip. It means a heightened risk of ensuing violence and escalation.

Already, prior to any cuts going into effect, 100 million liters of mostly untreated sewage are being pumped from the Gaza Strip into the Mediterranean Sea daily; residents receive no more than four hours of electricity at a time, followed by at least twelve hours of blackouts; water desalination stations cannot operate; sewage cannot be pumped away from residential areas; generators are over-extended; entire hospital wings are shut down during blackouts, and people who rely on life-saving equipment are at risk. Reducing the electricity supply will have devastating consequences and greatly exacerbate the situation, which is calamitous and unstable as is.

Is Israel’s obligated to supply Gaza with electricity?

Israel acknowledged that it has a minimal humanitarian obligation to provide electricity and fuel to the Gaza Strip and to refrain from any action that would cause a humanitarian crisis in the Strip, in the framework of a petition filed by Gisha and other human rights organizations against a proposal to cut fuel and electricity supply (HCJ 9132/07 Al-Bassiouni v. Prime Minister). The Supreme Court, in its verdict on the petition, held that Israel retains duties to Gaza, arising from “…the relationship that was created between Israel and the Gaza Strip after the years of Israeli military rule in the territory, as a result of which the Gaza Strip is currently almost completely dependent upon the supply of electricity from Israel.”

Gisha’s position is that Israel is not just a service provider, responding neutrally to a client’s request. Given its extensive control over life in the Strip, Israel is responsible for enabling normal life for its residents. Israel is obligated to find solutions that will allow for the continued supply of electricity at existing capacity, and to take active steps toward increasing supply, to allow residents to maintain acceptable living conditions.

What are the obligations of other actors? The PA? Hamas? Egypt? The international community?

All actors involved must refrain from taking steps that would deliberately or inadvertently harm civilians and must not use Gaza residents as bargaining chips in their respective power struggles. The PA and Hamas should work together to see to the needs and protect the rights of those living under their charge, including by resolving their dispute over taxation of fuel and payment for electricity. Egypt should work to maintain delivery on the lines it supplies to Gaza. The international community as a whole should work to support the repair, maintenance and development of civilian infrastructure in a way that meets the needs of Gaza residents and influence those with direct control over Gaza residents to refrain from taking actions that deliberately or inadvertently harm civilians.

What should Israel and other actors do?

The prospect of a reduction in electricity supply to Gaza should be taken off the table entirely, as a matter of Israel’s legal and moral obligations to civilians in Gaza. As senior political and military figures in Israel have stated, particularly since 2014, improving living conditions in Gaza and supporting economic development serves Israel’s interests. In practice, Israel’s policy of restrictions on Gaza contradicts its self-professed interests, putting the region as a whole at risk of another unnecessary round of hostilities. Instead of using the residents of Gaza as bargaining chips in a power struggle, all actors – Israel, the PA, Hamas, Egypt and the international community – must act immediately to bring Gaza’s infrastructure to a level that meets the needs of its residents.

Why should Israel supply power to Gaza given that Hamas is its enemy and is using electricity for militant activity?

See the question above regarding Israel’s obligations to the civilian population in Gaza. Recall also that Gaza is home to two million Palestinians, not just militants. Israel’s actions can’t deliberately harm the civilian population. Actions which it takes to ensure its security must differentiate between civilians and militants, and also be proportionate. Stopping electricity because it is also used for militant activities meets neither of these tests. It’s too far-reaching (doesn’t respond to a distinct threat) and has massive implications for the civilian population.

How much electricity is being “taken underground” for Hamas tunnels?

We don’t know. What we do know is that supply falls far short of demand not because of the likely meager amounts of electricity used for militant activity but because two million people rely on electricity for hospitals, schools, industry and business, agriculture, civilian infrastructure and for home use. Israel also knows this.

That said, Hamas, as the de facto government in Gaza, and the Palestinian Authority, of course also have to be accountable in their actions towards the civilian population and must work to increase supply with all the means at their disposal.

How can I help?